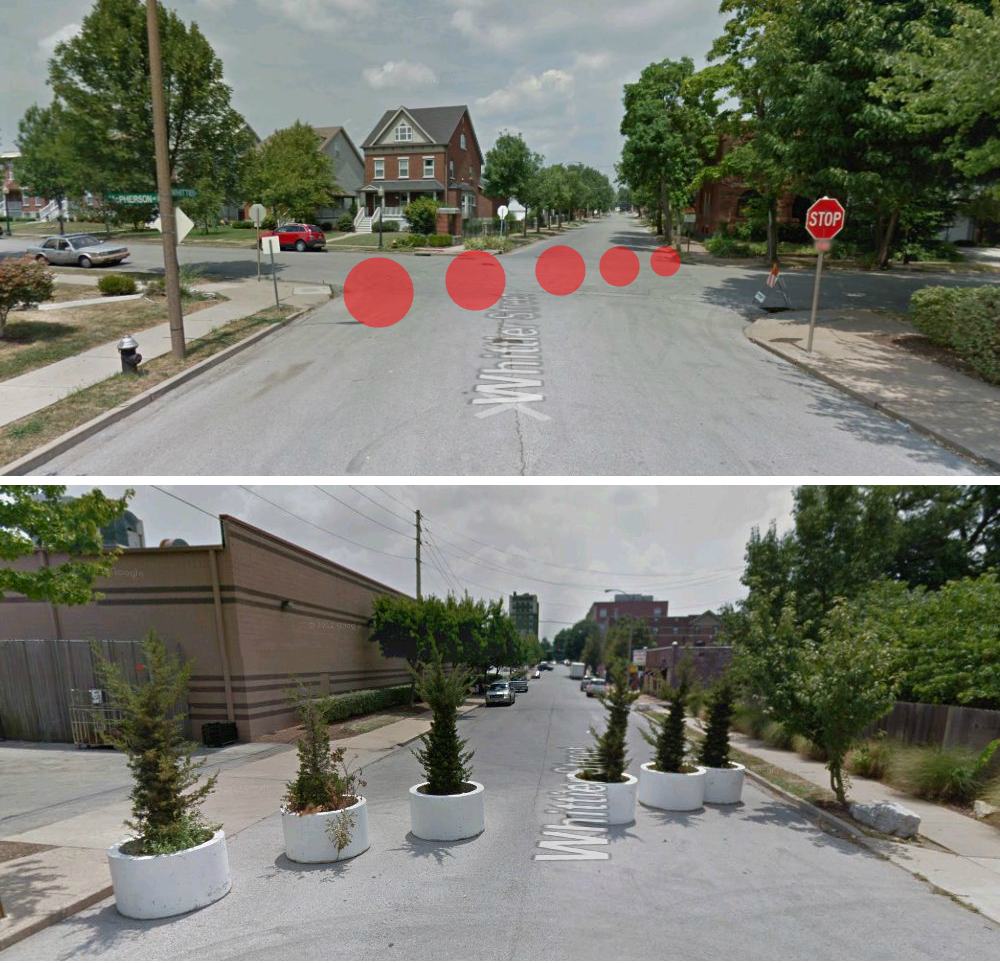 Alderman Terry Kennedy (18th Ward, City of St. Louis) has introduced “emergency” legislation to block the intersection of Whittier Street and McPherson Avenue diagonally from the northeast corner to the southwest corner. Board Bill 251 will “temporarily close, barricade, or otherwise impede the flow traffic” from proceding east-west along McPherson. The area is in the Gaslight Square area at the eastern edge of the Central West End. The same intersection already is blocked at the south end, preventing north-south access.

The bill gives no rationale for the action except that this is an “emergency” situation. The city charter defines an emergency as “any ordinance necessary for the immediate preservation of the public peace, health or safety” or for public improvements.

One wonders whether this “emergency” is the increased traffic on McPherson since October 2012. That was when the intersection of Olive and Boyle was blocked to eastbound traffic just two blocks to the north. That street closure has caused traffic to rerout itself onto McPherson and onto Westminster. With McPherson now blocked, traffic from all three streets likely will find its way onto Westminster.

We expect Alderman Kennedy to find a solution to that problem sometime in 2014.