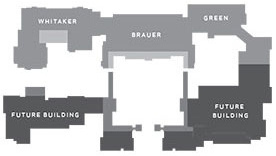 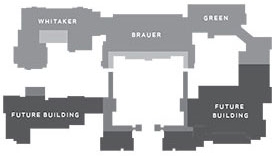 Washington University is expected to make a major announcement regarding further expansion of its engineering complex later this year. Following Whitaker Hall (2003), Brauer Hall (2010) and Green Hall (2011), the envisioned ~700,000-square-foot complex is roughly half complete. If the development pattern is followed, the next building may wrap the corner of Skinker Boulevard and Brookings Drive, although a final decision has yet to be made. According to WhoLou sources Washington University has secured a gift to name the building. According the school, the donor name and gift amount will not be disclosed, but is less than the $25 million we reported earlier.

In 2007, Washington University crafted a master plan for an engineering complex that would complement and connect to the existing Uncas A. Whitaker Hall for Biomedical Engineering. At 700,000 sq. ft., the complex will provide research and instructional facilities equipped with cutting edge technology. According to the Washington University website, more than $150 million has been invested since 2001 in new and renovated engineering space.

According to the school site Washington University plans to build another 350,000 sq. ft. of space through two or three new buildings. These buildings will house the Department of Mechanical Engineering & Materials Science, the Department of Computer Science & Engineering, additional classrooms and student services, interdisciplinary centers and institutes, and administrative offices. The next new School of Engineering building isn’t expected to break ground until 2018. Final design and engineering for the long-planned expansion project is not expected to be completed for some time. 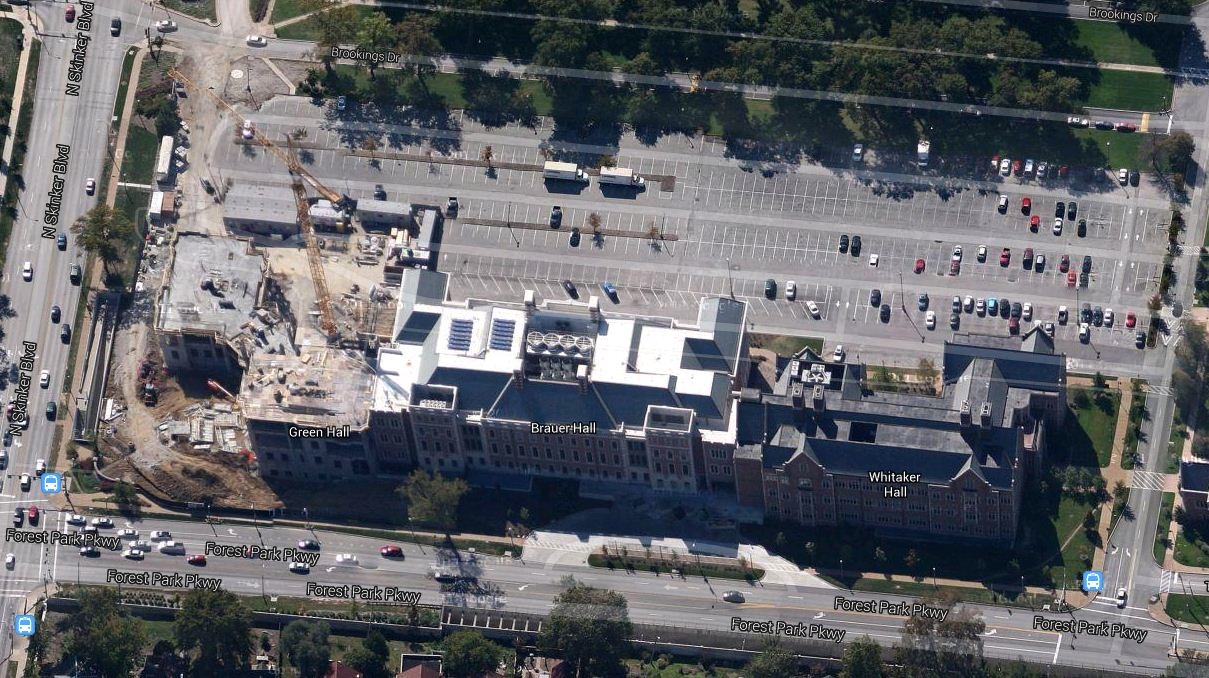 WhoLou sources further assert that all future parking projects on the crowded 169-acre Danforth Campus will be completed underground. The new building will reduce the remaining 500 surface parking lot spaces at this site by an unknown amount. Reportedly, the number of parking permits issued on the Danforth Campus has declined by 50% since 2005. In 2006, the MetroLink Blue Line opened and today the school provides free Metro bus and train passes to all students and staff. The Blue Line brought a MetroLink station to Skinker and Forest Park Parkway, immediately adjacent to the new Engineering campus.

*This story has been updated to reflect that the donor name and gift amount will remain annonymous, the gift is less than $25M and that which one of the two remaining building sites will see construction first has yet to be determined. The next building is scheduled to break ground in 2018. Updates were provided by a representative of Washington University.