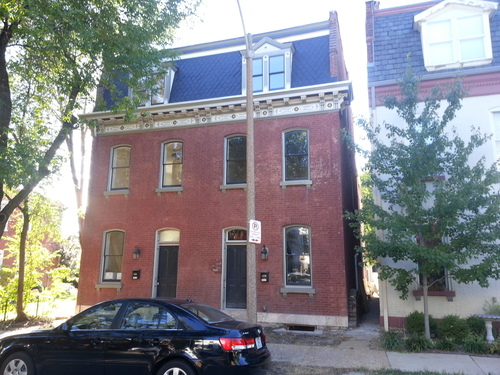 A home located at 2621-23 McNair in Benton Park has been rehabbed at a cost of $275,000. The building had been vacant since at least 2006 and had suffered a fire. The contractor was Revie Development.

Below is a recent photograph of the rehab, which is nearing completion: Geo St. Louis contains photographs of the building in its former state. Below is an example, from 2010: The building was one of the most visibly vacant and damaged in a neighborhood that has shown incredible progress over the past 15 years.