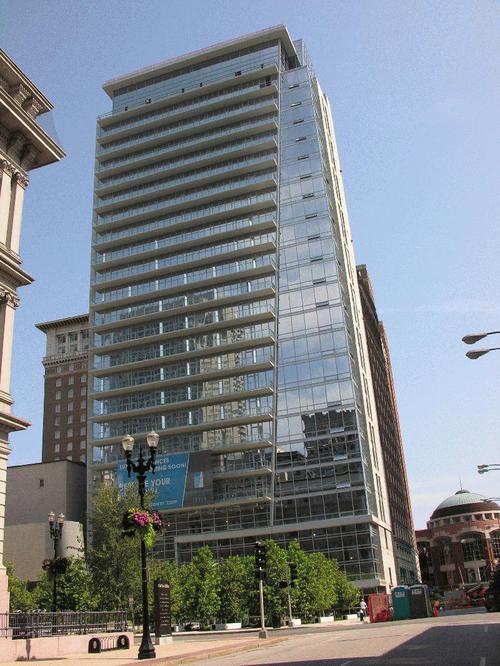 The 25-story tower known as the Roberts Tower at 411 N. 8th St. in Downtown St. Louis may soon be occupied, but not by condo dwellers in the 55 units initially imagined by original builder/developer the Roberts Brothers. Instead, new developers UrbanStreet Group, out of Chicago, will spend $22 million crafting the building into 132 apartments. More information on the development may be found here.

The Roberts Tower finished up construction in 2010, but due to a poor market for condominiums and financial troubles experienced by the Roberts Brothers, the units were never fully finished.

STL Tower Partners, the building’s new listed owner, were issued an $11.2 million building permit for interior alterations on July 10, 2013. There is no word yet on whether the new owners will keep the Roberts branding (a neon sign sits atop the building bearing that name) or if they will rechristen the tower.

Below is a Geo St. Louis photograph of the completed Roberts Tower, which faces Old Post Office Plaza: