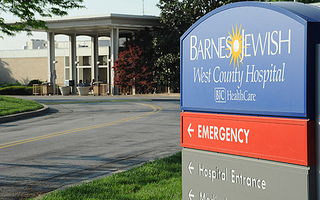 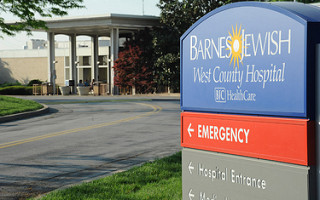 According to nextSTL sources BJC HealthCare intends to build a new hospital at Olive Blvd. and Mason Rd. on their 55-acre West County Hospital campus in Creve Coeur. The new facility will serve as a replacement for the 113 bed general medical and surgical hospital currently located on the campus. St. Louis-based Cannon Design has been selected architect for the project, which is being revealed here for the first time.

Cannon Design is also handling design responsibilities for the new pediatric hospital BJC intends to build at Highway 40 and Mason Rd. The site was the former headquarters for Troop C of the Missouri State Highway Patrol from 1968 to 2008 and is just over three miles to the south of the West County Hospital campus. The hospital will also feature an outpatient ambulatory care facility.

In 2008 BJC purchased the 16-acre property for an estimated $8 million when Troop C relocated to St. Charles County. Most recently West County EMS and Fire Protection had been using the facility while their headquarters at Clayton and Mason roads was being renovated. Paric Corp. was selected general contractor for the project.

WhoLou broke the BJC pediatric hospital story more than a year ago and has been the only news service covering the development since. An attempt to reach BJC vice president of corporate and public communications June Fowler for comment was unsuccessful.