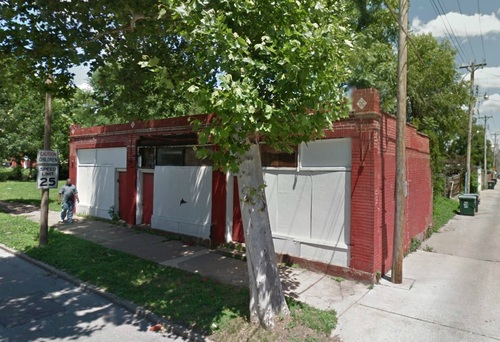 A small commercial building that fronts on North Boyle but is addressed as 4260 Westminster Place in the Central West End / Gaslight Square neighborhood is now undergoing a $40,000 rehab by owner Jeffrey Raglani. Based on the permit information, the building may be converted to a residential unit.

In May 2010, the building was proposed for demolition under the previous owner, but that demolition was denied by the city’s Preservation Board. More information is available on the Preservation Research Office blog.

Hat tip goes to Jeff Vines (of STL-STyLe fame) for spotting the rehab work getting underway.

Below is a Google Streetview capture of the building, whose brick has begun to spall. Jeff Vines has also provided a snapshot of a rendering posted on the building.