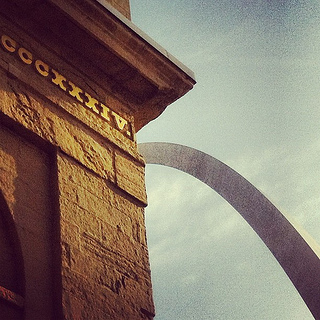 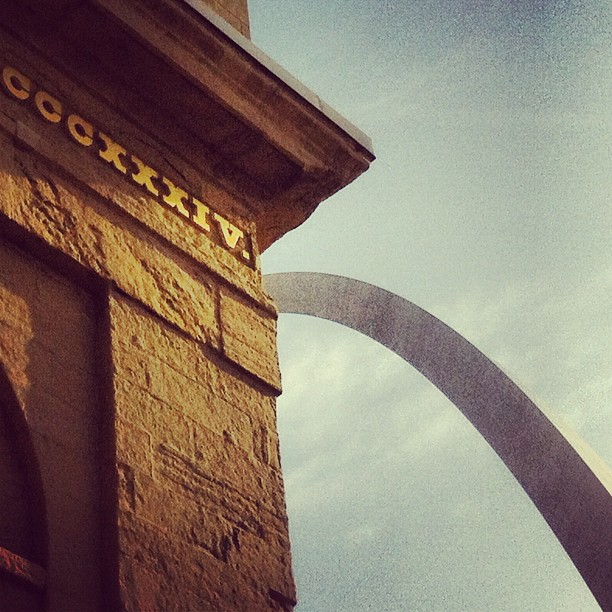 Archdiocese of St. Louis representative Katie Pesha has confirmed there are plans for an extensive renovation project at the Old Cathedral (officially the Basilica of Saint Louis, King of France) which is ringed by the Arch grounds. The project is expected to cost between $12 and $15 million and is being funded completely by private donations. Currently only phase one has been funded according to Pesha and donations will dictate the future pace and extent of the renovation.

Phase one is a stone restoration and window replacement that is expected to cost approximately $3 million and be completed by the end of the year. The optimal plan for the renovation would be highly focused on restoring the historic elements of the interior as best as possible according to Pesha. This includes restoration of the wooden floors, pews and paintings, updated lighting, repair of the tile mosaic floor around the altar, plus a potential museum expansion.

The multilevel museum showcases the rich history of the parish which was founded in 1770. It is accessed by a separate entrance and located on the northwest side of the Old Cathedral. The museum is open Monday through Friday from 10am to 2:30pm and features  religious art and artifacts dating back to the late 1700s, the original church bell, and a gift shop. 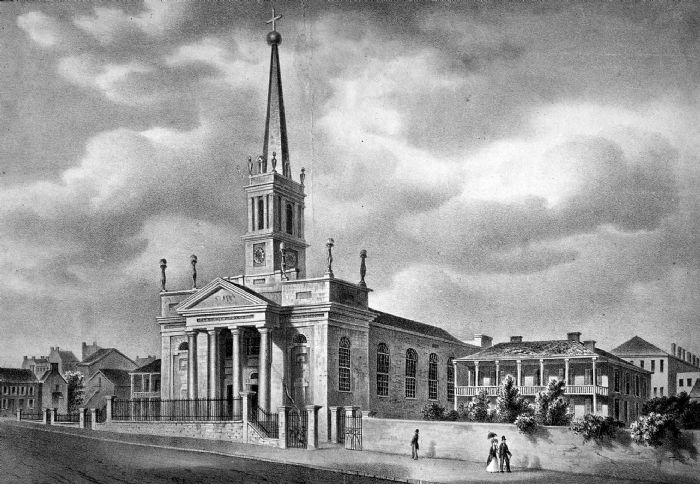 Pesha commented that there has not been a project of this scope completed since the 1960 in conjunction with the planning of the Jefferson National Expansion Memorial. She also noted further needs include replacement of failing mechanical, electrical, plumbing and HVAC infrastructure and attending to maintenance costs for the basilica. 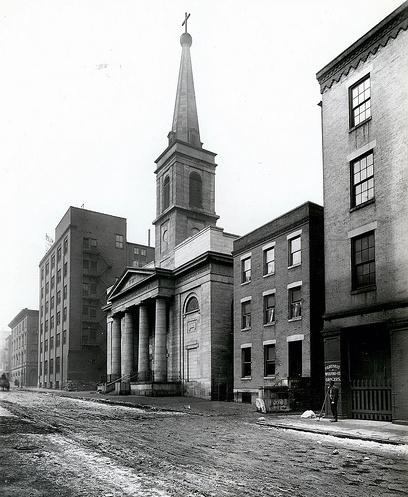 New York landscape architect Michael Van Valkenburgh’s design team MVVA was selected in 2010 to resurrect the Arch grounds in time for the monument’s 50th anniversary on October 28, 2015. The project will create 16-acres of new park space, more than 25-acres of landscape improvements on the Arch grounds, 3.5 miles of new accessible pedestrian pathways, and more than 9-acres of new community orientated event space.

The MVVA  design initially envisioned a small pedestrian plaza and possible restaurant facing the Old Cathedral. Those plans have been shelved, but the significant renovations of the Arch grounds being planned, helped prompt a renewed effort to renovate the only structure remaining on the Arch grounds from the time the area was cleared to create the JNEM.

The Old Cathedral today serves as a parish church and according to Wikipedia, it ranks 177th of 196 churches in size of congregation in the Archdiocese of St. Louis. However, because of its historical significance, the basilica remains a popular church for marriage ceremonies (ranking second of 196 churches) and is a popular tourist destination. 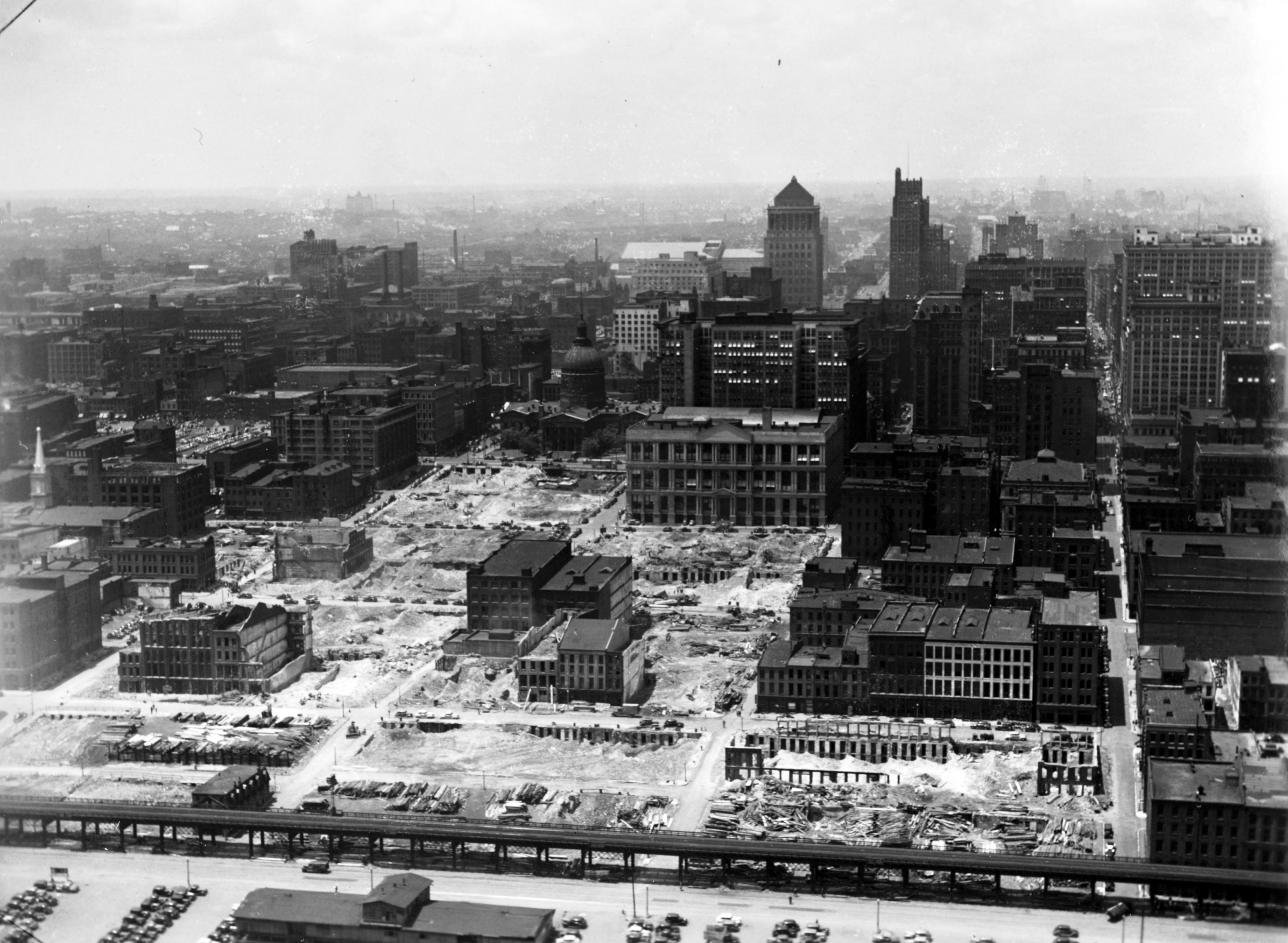 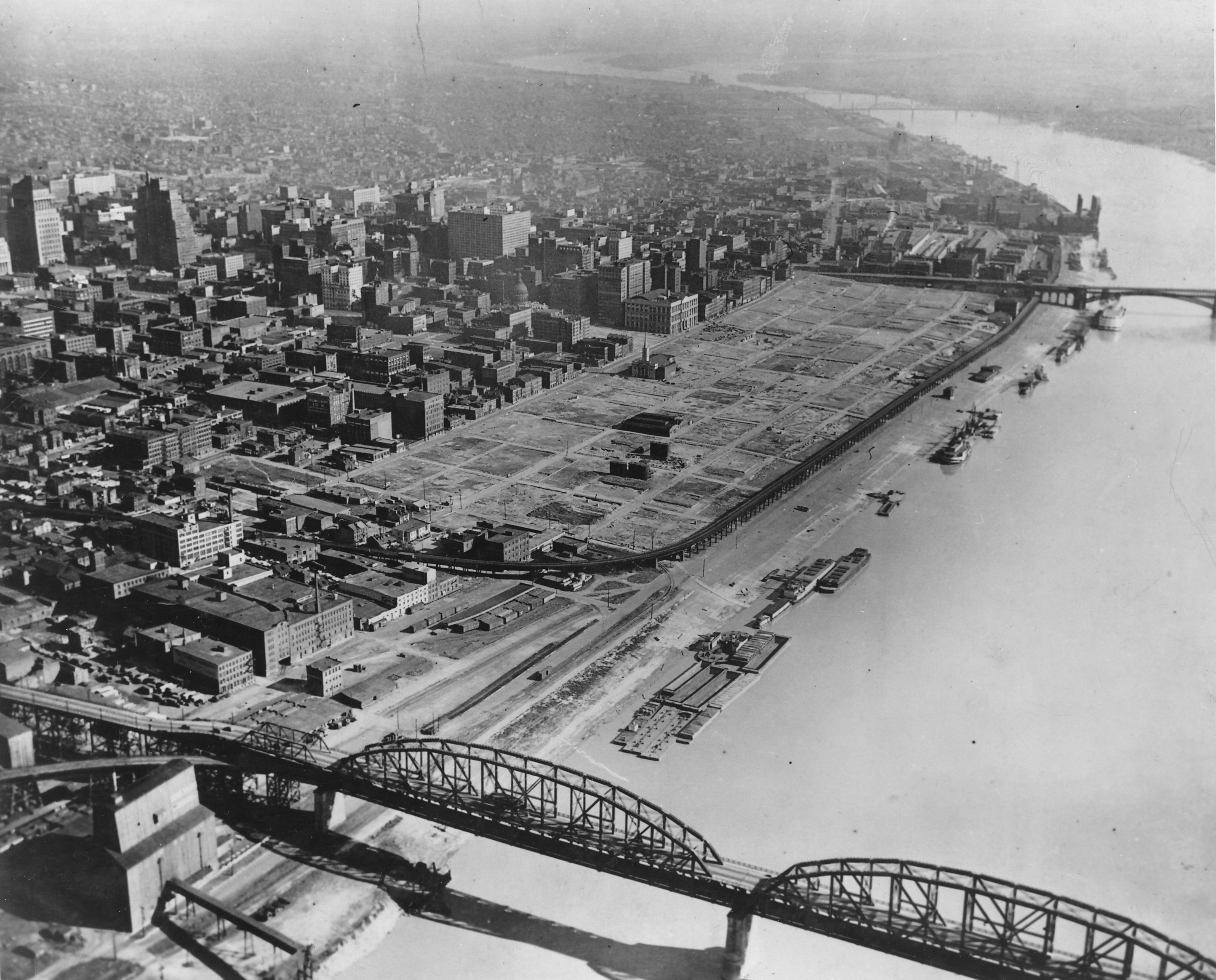 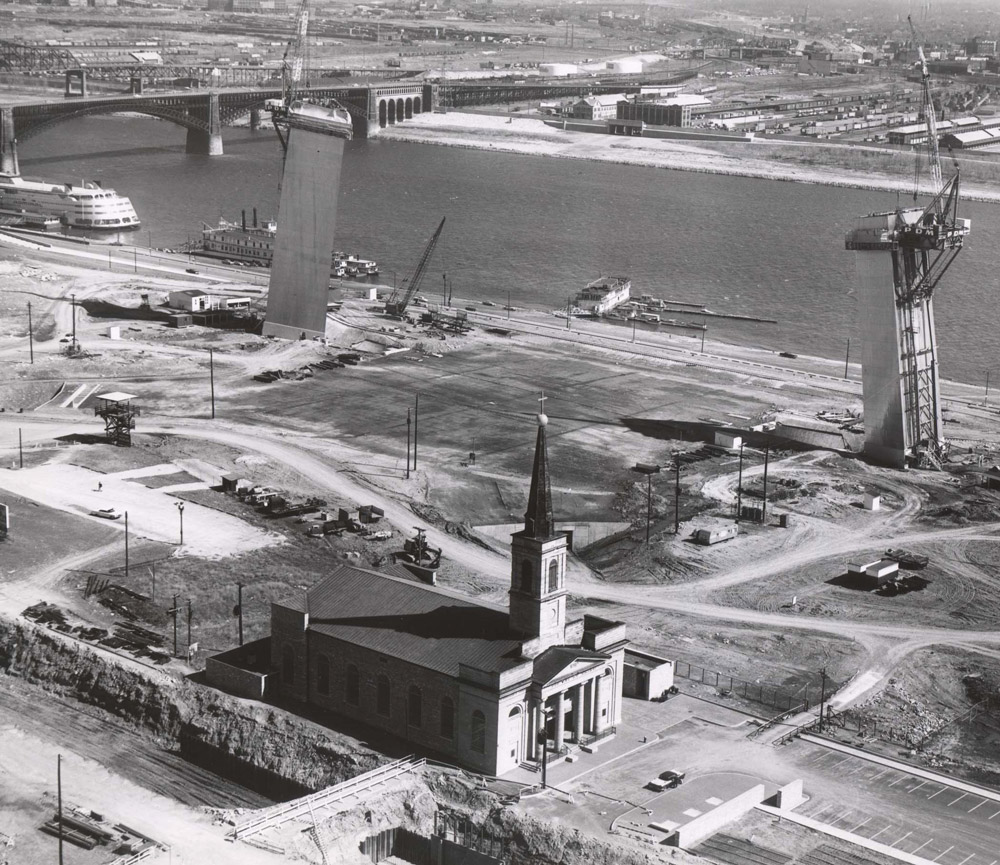 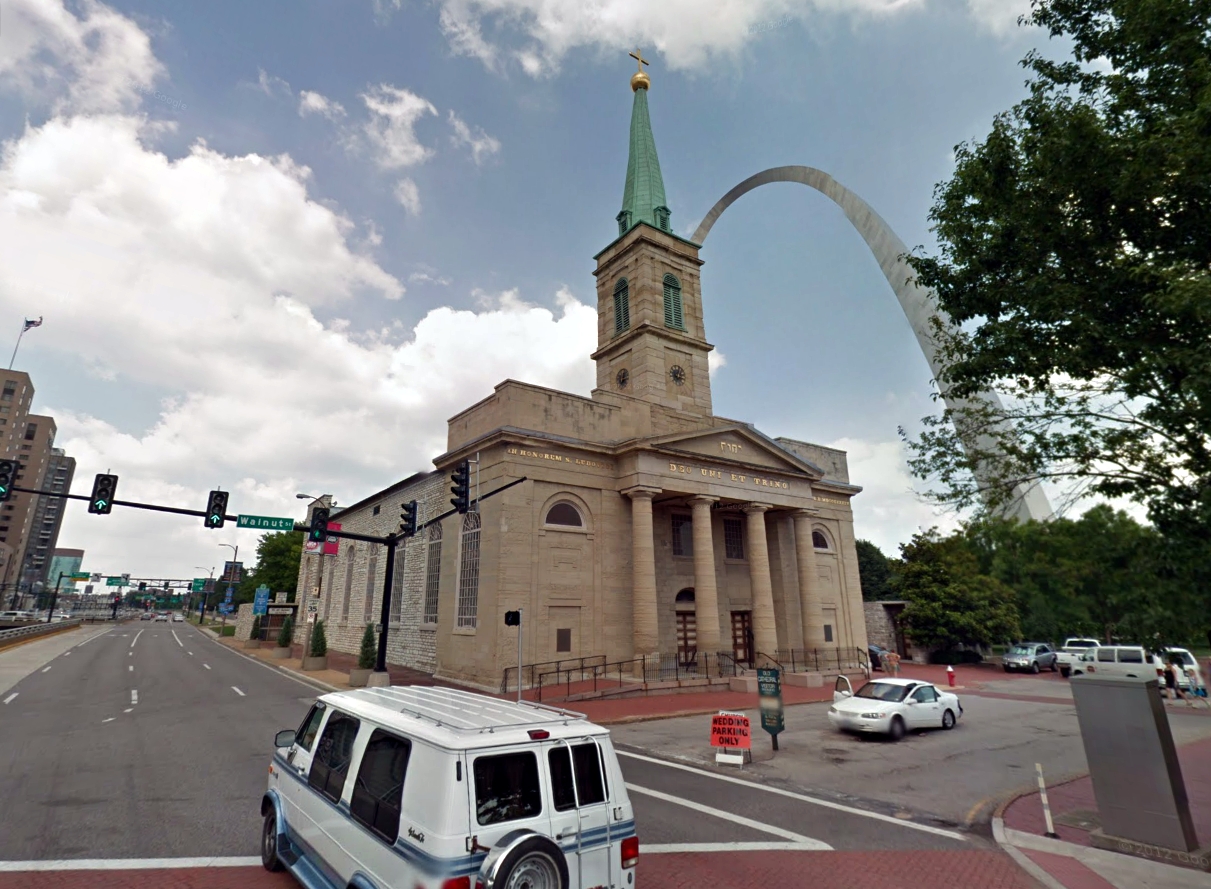 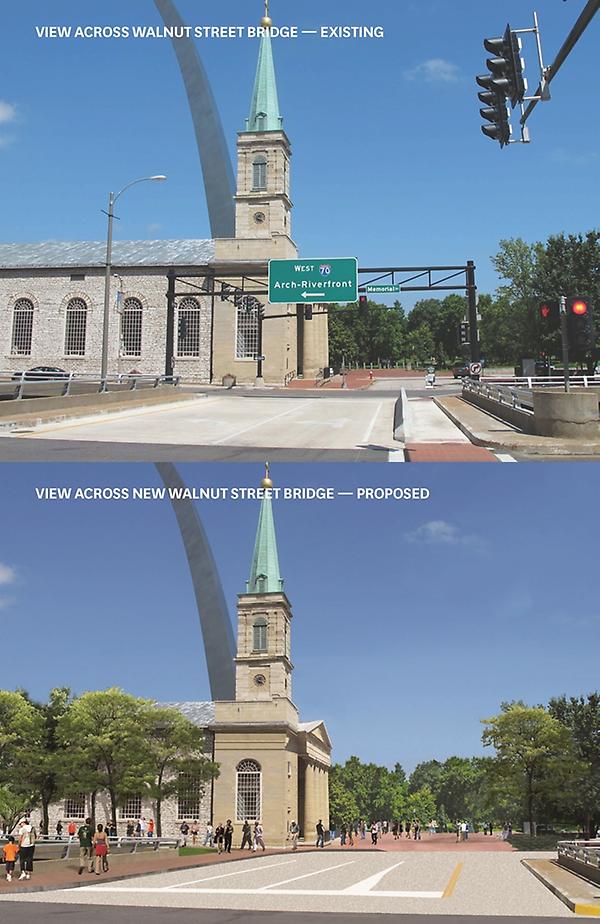 The first Catholic church in St. Louis is reported to have been build of logs in 1770. The Old Cathedral dates to 1834. More from Wikipedia: Built in Greek Revival style, the church is noted for its marble altars and a painting of Saint Louis venerating the Crown of Thorns given by Louis XVIII, King of France and Navarre. Engraved in gold over the entrance to the church are the words “In honorem s. Ludovici. Deo uni et trino dicatum. A. MDCCCXXXIV,” which translates as “In honor of St. Louis. Dedicated to the one and triune God. A.D. 1834.”. The word “Yahweh” also is inscribed in Hebrew above the engraving on the main entrance.
The church basement has a number of artifacts associated with the history of the Roman Catholic Archdiocese of Saint Louis, including a bell given to the church by the governor of the territory of Louisiana during the early 19th century. Bishop Joseph Rosati, who ordered the construction of the church, is interred in a vault underneath the sanctuary.