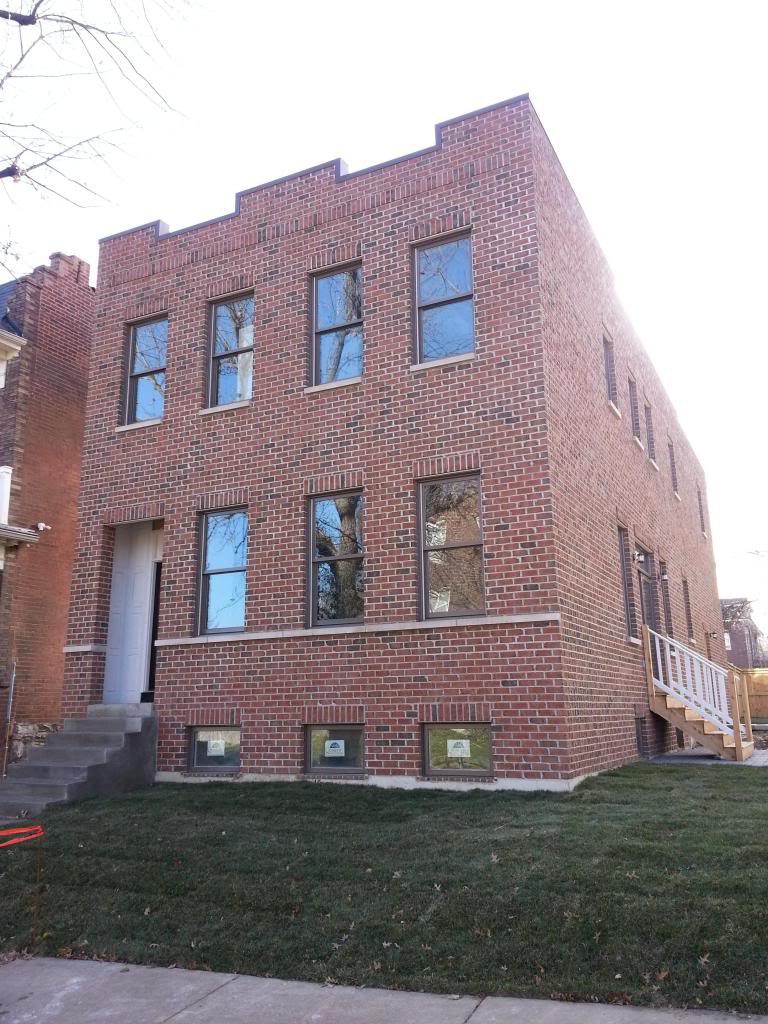 This site was once home to a two-family building that suffered a rear collapse. The building was later demolished. While some in the neighborhood mourned the loss of a historic building in such an intact district, the site was not vacant for long. The demolition of the old two-family was completed in May 2012; a permit for the new construction below was issued in July 2012.

Below is a recent photograph of the nearly completed building:

And here is a shot of the building prior to its brick cladding: