On November 19, the Building Division issued a demolition permit for the historic house at the northwest corner of Soulard Avenue and Tucker Boulevard on Bohemian Hill. The Building Division paid over $7,000 for the demolition as part of routine city demolition package for condemned buildings. This house was condemned for demolition in August 2007 and its owners were AWOL. Yet the house was likely to go to Sheriff’s land tax auction in 2013, and could have been purchased by a rehabber for less than $2,000.

Observers who were surprised that there was no public notice should know that the orphaned blocks of Bohemian Hill has no preservation review for demolition permits. That is because Bohemian Hill — already raided of character for a would-be supermarket plan — is located in the city’s 7th ward, and the 7th ward Alderwoman Phyllis Young removed the ward from preservation review when the city updated the preservation ordinance in 1999. Now that Alderwoman Carol Howard has placed the 14th Ward in preservation review, the 7th ward is the only south side ward without ward-wide demolition review. The 7th ward has a review district for the downtown area, and review in existing historic districts like Soulard and Lafayette Square. 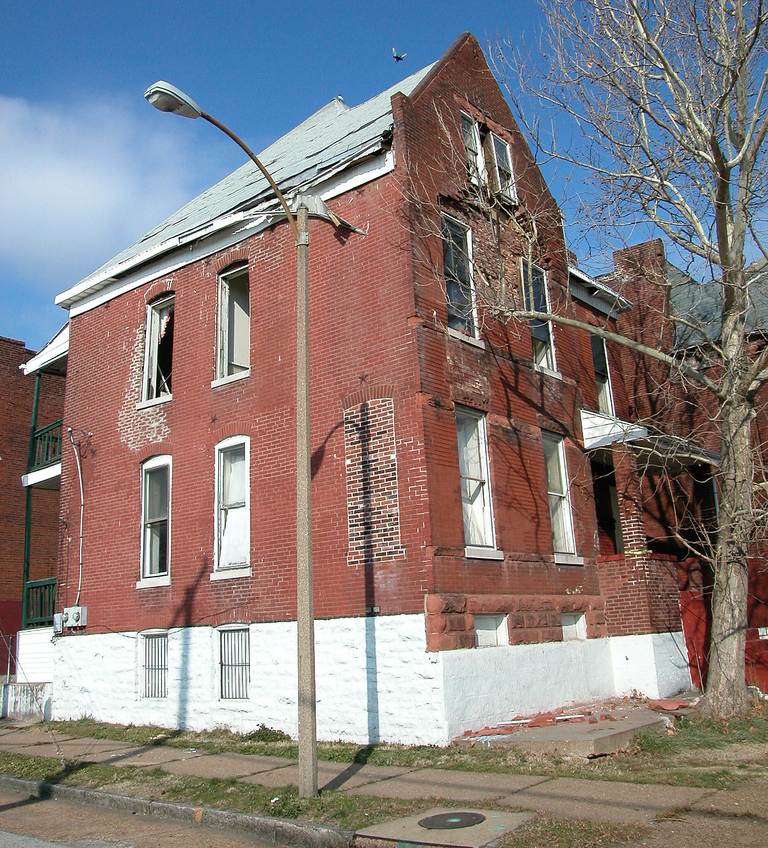 {the lost house in 2004 – although vacant with missing windows and spalled brick, the house was sound – note the red Iowa sandstone base cladding and bandcourses which dress the front elevation}

Thus, a routine city request to demolish a stately, if damaged, corner building dating to c. 1886 did not trigger any review by the Cultural Resources Office. As wreckers beat to powder parts of the Iowa sandstone blocks that comprised the base of the house on Friday, after sorting out solid red bricks that someday could adorn a bargain basement Arizona Versailles, lack of review seemed the smaller travesty. Not waiting for the land tax auction was the major failure of city government here.

Apollo Investments Inc. acquired the building through foreclosure in 2007; the ownership chain before that included a range of three owners who had flipped the property between 2002 and 2006. Then Apollo Investments was administratively dissolved by the Secretary of State in 2010. The last year the company had paid real estate taxes on the property was 2009. Demolition cost the city $7,450.00, while the unpaid property tax bill stood at $1,844.28. With owed taxes standing at less than one-third of the cost of demolition, the economics of reuse worked well here — and that is not true for every abandoned building that the city wrecks. 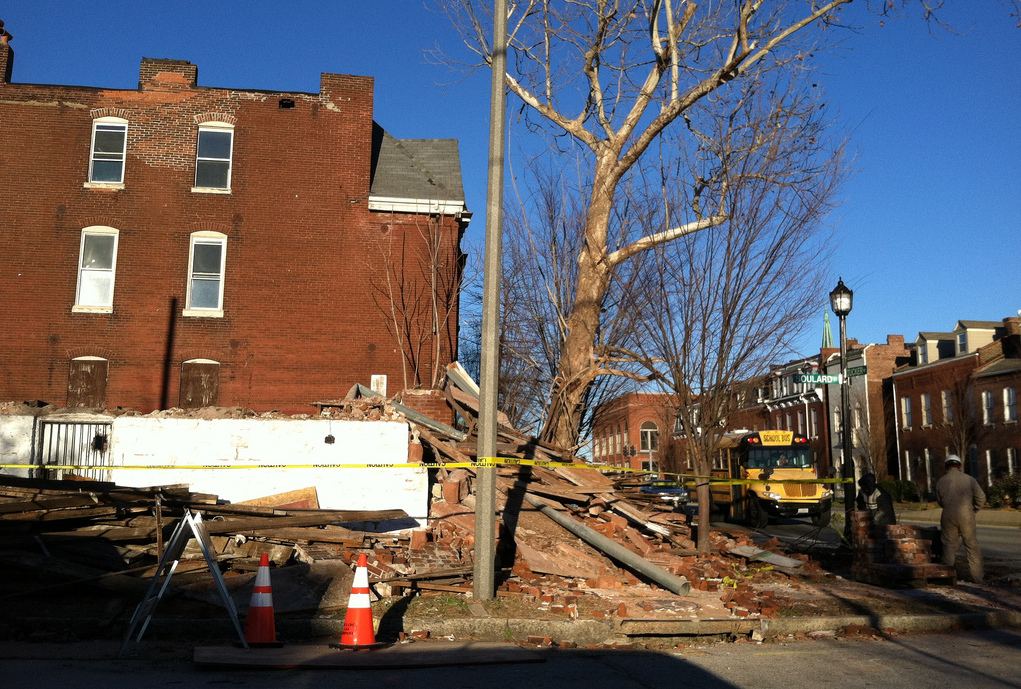 We face an era of diminished municipal resources at the same time we face an era of people eager to reclaim historic building stock. Additionally, Mayor Francis Slay has pushed for a new city Sustainability Plan that in its current draft form calls for reducing demolition and deconstructing buildings to retain materials. (Disclosure: This writer participated in the technical sessions that informed the language included in the plan.) The demolition of this house makes neither short-term nor long-term sense for the city.

This article first appeared on the Preservation Research Office blog.

Editor's note: The decimation of Bohemian Hill has a long and unfortunate history. Orphaned from its historical context by urban Interstates, it has still be recognoized as an important point of connection between Lafayette Square and Soulard. In fact, Lafayette Square Park and Soulard Market are just 3,865 feet apart. One of the great disappointments of St. Louis, perhaps THE experience most noted by visitors, is how isolated vibrant parts of the city seem to be. We use the softer "city of neighborhoods" to describe St. Louis, but it's very much a city of islands and their disconnected nature define us. So how to best connect these two landmarks? The city has pursued complete demolition for suburban-styled retail development for over a decade. This has precluded the consideration of others visions, such as the 1999 Royse/Noero plan for residential infill. Additional context is provided by the images and links below:  -Alex 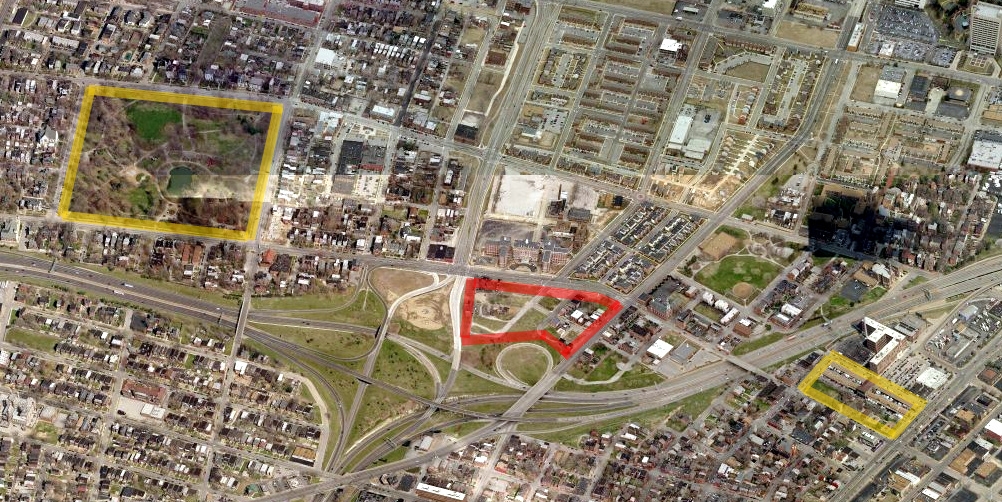 {the western portion of Bohemian Hill was completely cleared by 2007}

{these homes faceing Lafayette Square were cleared for commercial development} 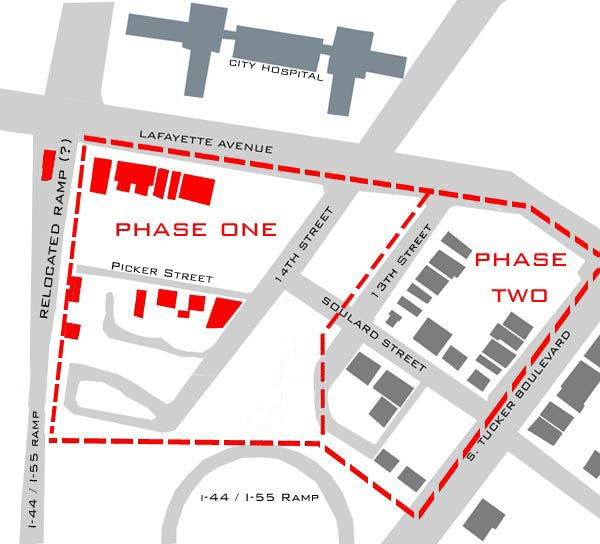 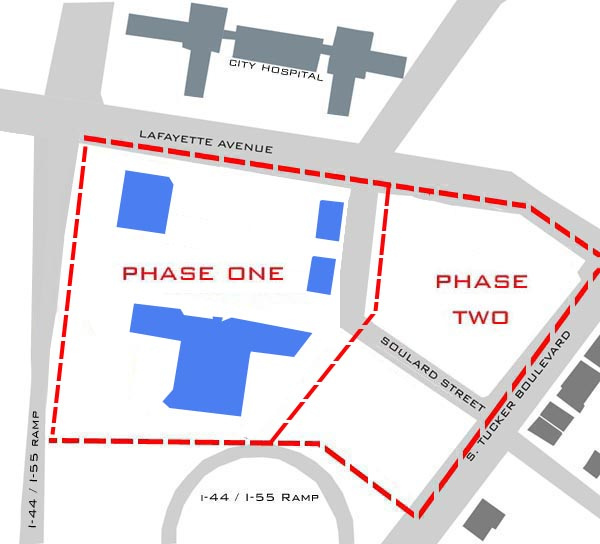 {only the top left building in blue, the Walgreens has been built}

{a 2007 rendering of the proposed commercial development}

{the Walgreens facing Lafayette Avenue is the only completed building} 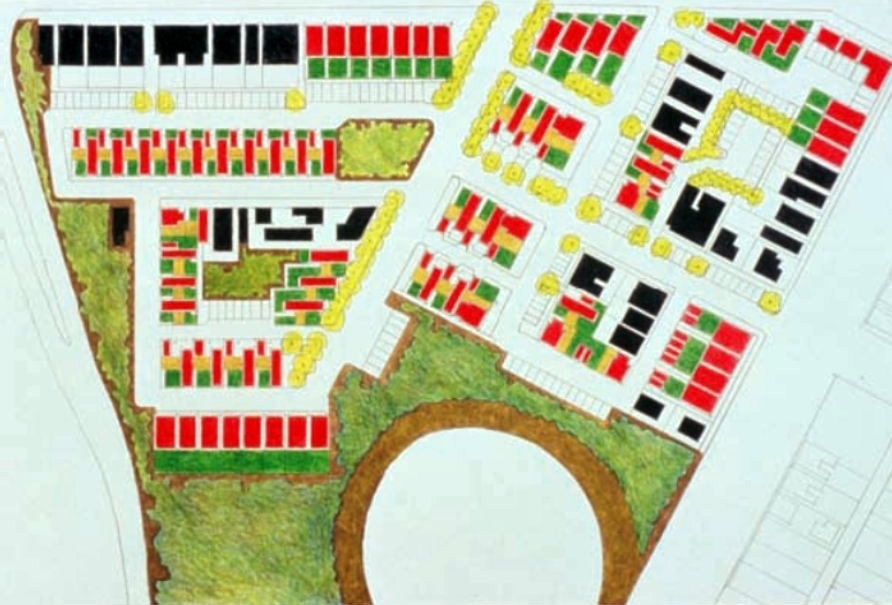 {the 1999 plan envisioned a new neighborhood with residential infill} 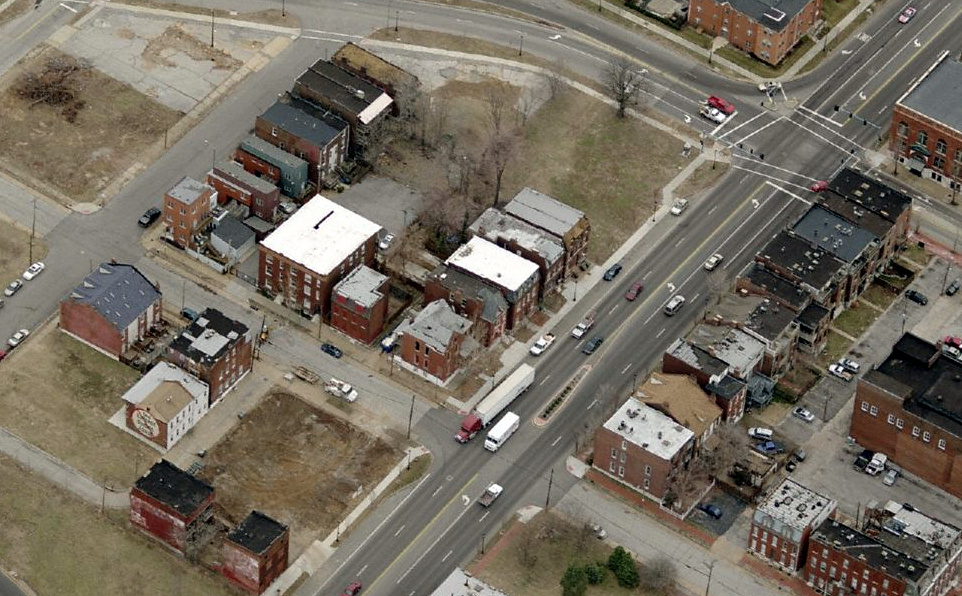 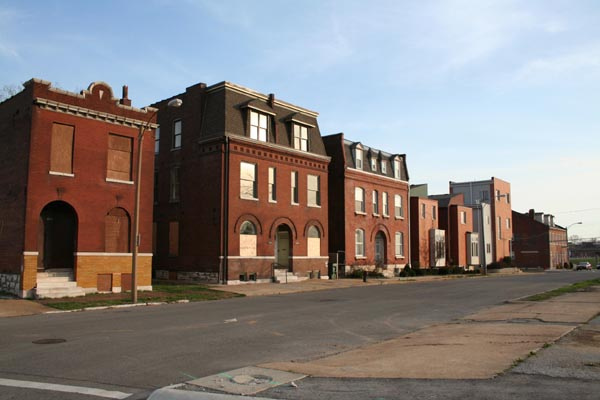 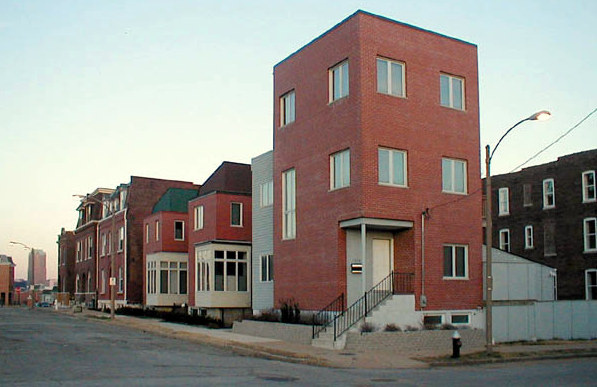 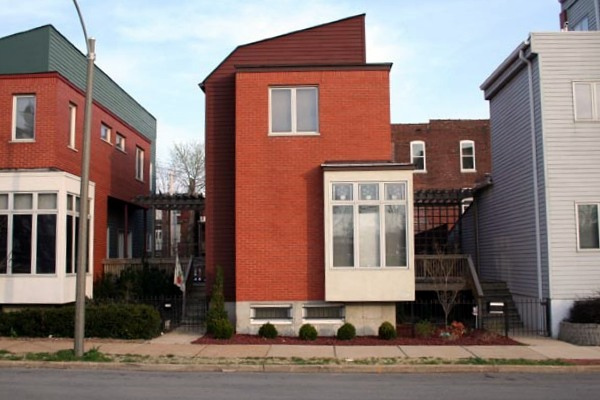 {the Tucker street face reinforced the historic, human-scaled neighborhood by reflecting the east side of Tucker}

{remaining buildings facing Tucker are clearly under threat of demolition}