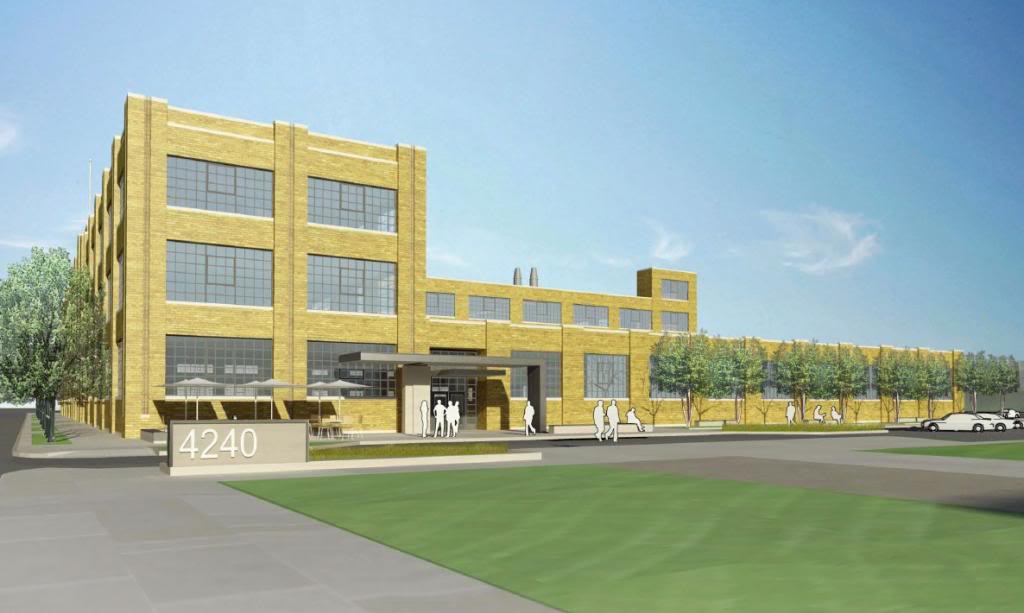 The CORTEX development, in its second phase, will add to its ranks a rehabbed Southwestern Bell building at 4240 Duncan, to be called the Heritage Building. The recently issued building permit to turn the old warehouse-style building into lab space was valued at $23.5 million. (As an aside, CORTEX also has planned a new MetroLink station near Boyle Avenue, just adjacent to the Heritage Building).

For more information on CORTEX’s Phase Two development in the eastern portion of the Central West End, including plans for MetroLink, see this January 2012 nextSTL article.

Below is a rendering of a rehabbed Heritage Building: