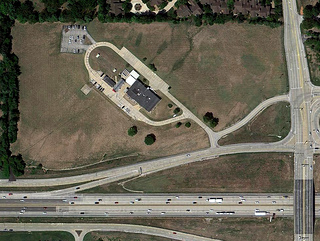 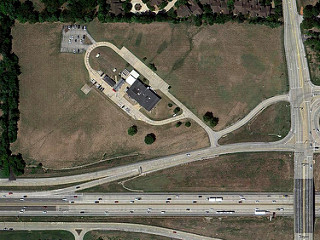 BJC HealthCare – According to WhoLou sources the BJC HealthCare board of directors intends to build a new hospital at Highway 40 and Mason Road in Town and Country. The site was formerly the headquarters for Troop C of the Missouri State Highway Patrol from 1968 to 2008.

When the troop relocated to Weldon Spring in St. Charles County in 2008 BJC reportedly purchased the 16-acre property for an estimated $8 million. Most recently West County EMS and Fire Protection House 3 have been using the facility while their headquarters at Clayton and Mason roads is being renovated.

An attempt to reach BJC vice president of corporate and public communications June Fowler for comment was unsuccessful.

Afton Chemical Corp – According to WhoLou sources the Afton Chemical Corp. intends to begin a major expansion at their Sauget, IL facility during the second half of 2013. The company is a wholly-owned subsidiary of Richmond, VA-basedNewMarket Corporation (NEU) which is expected to spend $15 million on the expansion according to sources. The bulk of the budget will allegedly be spent on piping and tank installations.

The company employs 270 people at the Sauget facility manufacturing fuel and lubricant additives that improve the performance of engine, machinery, and heavy equipment. The additives are then shipped in 55-gallon drums, tank cars, tank trucks, and freight containers to customers worldwide.

In 2007 the federal government reached a $2.6 million settlement with a group of 21 companies, including Afton Chemical, for the partial cleanup of a former Metro East area landfill. Toxic agents discovered in the landfill included arsenic, lead, cadmium, mercury and polychlorinated biphenyls (PCBs). Then in February the EPA determined that the Afton Chemical Sauget facility violated the Clean Air Act.

According to the EPA the violation increased ground-level smog which irritates the lungs, causes wheezing, coughing, and difficulty breathing especially in people with respiratory problems. The smog also leads to ecological damage by inhibiting the ability of plants to produce and store food according to the EPA.

NewMarket Corp. is growing. The company, No. 882 on the 2012 FORTUNE 1000, is trading at $241 a share with a 52-week range of $172.50 – $283.48. They also recently announced a $25 per share special dividend in addition to a sixfold increase in its regular quarterly dividend rate over the past five years. According to WhoLou sources NewMarket is looking to nearly double their revenues over the next five years and is keying on expanding their presence in Latin America by building new plants. NewMarket also is the holding entity for Ethyl Corp. whose main product is the antiknock additive tetraethyl lead.

An attempt to reach an Afton Chemical Corp. representative for comment was unsuccessful.