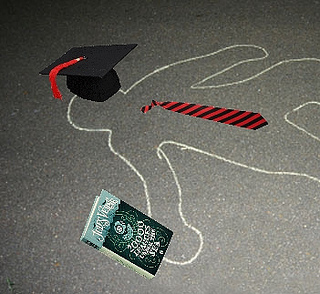 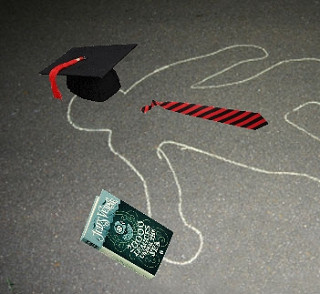 I remember a time not too long ago, one that I will always think of as a simpler time. I had just returned from what I had thought of as a pleasant and enjoyable day, only to sit down at my computer and read the 2010 Forbes.com list that named St. Louis, my hometown, the country’s seventh “Most Miserable City.” The news, as I’m sure you can understand, hit me like a ton of bricks. All of those fun times I had thought I enjoyed over the past two years seemed like such a sham in light of this revelation. Most miserable? If only I had known, so I could have adopted the appropriately miserable attitude. The rankings are based upon the clearly highly scientific Misery Index (you capitalize it because it’s scientific), which takes into account, among other factors, “unemployment, taxes (both sales and income), commute times, violent crime and how a city’s pro sports teams have fared over the past two years.” Just to drive home the point, the slideshow has a picture of a sad Rams fan accompanied by the caption, “St. Louis is a baseball town, but what about those Rams? The NFL team has won only six games out of 48 the past three years, the fewest wins in football.” Poor, sad Rams fan.

Having my perception of my hometown so fundamentally altered really got me thinking: what else do I not realize about St. Louis? Armed with Google and 20 minutes of downtime, I set out to find the truth about this city. The results are disconcerting. Do you like not getting shot? Well then get out. Now. Areavibe.com lists St. Louis as the most dangerous city in the United States, based on its highly scientific (You guessed it, didn’t you?) Crime Index. As one more bullet in the clip, urbantitan.com has St. Louis as the world’s THIRD MOST DANGEROUS CITY. That is ahead of both Mogadishu and Port-Au-Prince. This, from the website that boasts such hard-hitting journalism as “5 Most Bizarre Deaths During Sexual Intercourse.”

You know, if it were just the fear of imminent violent death, I might be able to shake it off. But then I found out that WebMD has St. Louis pegged as the ninth worst “allergy capital” in the country. The site has never failed me when I search for weird rash symptoms, so why would it be wrong about this? What’s worse, CNBC.com says St. Louis is the sixth worst city for speed traps. In the time it takes you to sneeze, you’ll probably have Johnny Po flashing his lights behind you.

Thankfully, it’s not all bad. St. Louis is the eighth most literate city in the country, according to Dr. John Miller at Central Connecticut State University, and he’s got a Ph.D. Not only that, but Kiplinger.com says St. Louis is the best city for cheapskates and mentions the city has more museums and libraries per capita than any other city on their list. (Anyone who has seen my mother feed a family of six at White Castle for $8 and a coupon is probably not surprised by this ranking.) Foursquare ranked St. Louis the fourth most romantic city based on check-ins at “French restaurants, jewelry stores, flower shops, lingerie stores and wine bars.” Had they included check-ins at Talayna’s, I think we’d be a shoe-in for the top spot. Ladies. Among the rest of the greatest hits are happiest city for college graduates, best tasting water, and shortest supermarket line waits.

The point of all this is, these rankings are just so… dumb. They’re poorly researched and poorly written. And they are always part of a damn slideshow designed just to earn more cheap pageviews.1

But I care about them. And I don’t think I’m the only one. Maybe it’s because of a collective inferiority complex that we feel the need to repudiate the negative and proclaim the positive when, in actuality, it’s all bullshit.

But, just for the record, and in case you need to quickly silence a Cubs fan: per capita measurements just cannot be used to accurately compare the city of St. Louis to other cities. St. Louis seceded from the County in 1877, becoming an independent city and cementing its geographic boundaries. This means that the city itself is about one-fifth the geographic size of Kansas City or Memphis. What happens when the city contains a small proportion of the overall metropolitan area population? Per capita statistics are distorted. Imagine what the crime rates would look like if the city boundaries were extended to capture places like Clayton, Ladue, and Creve Couer. They’d be a lot lower, and a much fairer comparison to other cities.2 This is not meant to explain away St. Louis crime, just to frame it correctly. Unfortunately, this cuts both ways, and the per capita statistics on libraries and museums would be normalized as well.

Now that I have that off my chest, I’d like to point out that all of this concern with lists and rankings reflects a need for external validation that we shouldn’t have. Sure, perception is important, but this is ridiculous. We are all quite aware of what is wrong and what is right with this city, much more so than the fine folks (robots?) at urbantitan.com. Any list or ranking cannot capture St. Louis as well as a little bit of firsthand experience. They might call it a city full of heavily armed, well-read young professionals. We call it home.

We have more than our share of problems, and we’re not running from them. We also have more than our share of positives, and we don’t need someone to make a list for us to know it. We’re defensive because we love it, and because we’re still getting used to the idea that there’s no need to be defensive. We’re frustrated and we’re hopeful. We’re happy here. If anyone wants to know what St. Louis is really like, come join us. After all, Misery loves company.
_______________________
1Did you notice that I didn’t link to any? That was on purpose, and because it would have been a lot of work.
2Not to mention inconsistencies in how cities actually report crime data.