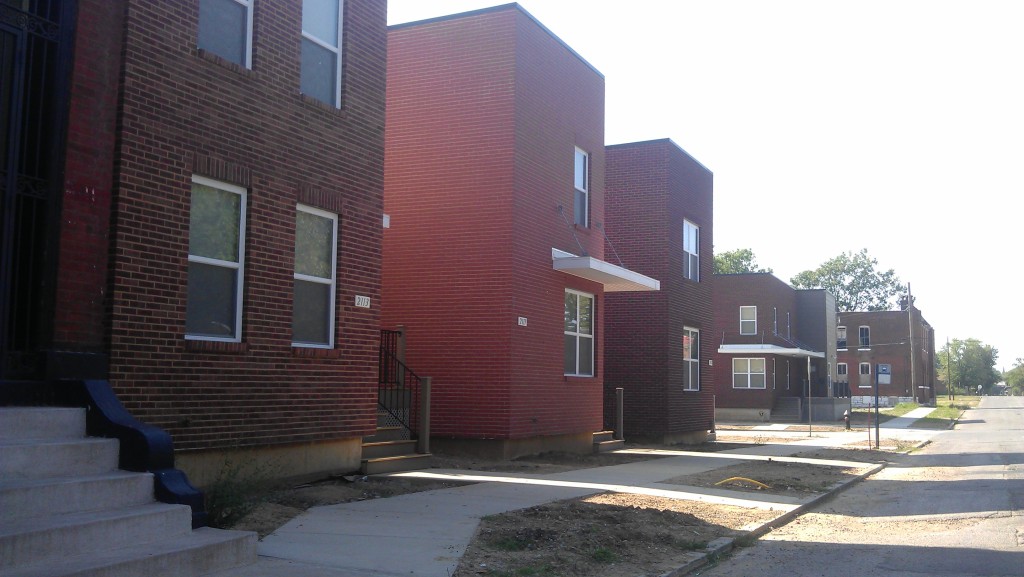 Twelve new homes have been constructed in Old North St. Louis by Habitat for Humanity. Habitat for Humanity St. Louis had held its second blitz build in 2011, and the homes are now completed. (The first blitz was in the northern portion of the neighborhood; this build was in the southern portion, centered on the intersection of N. 13th and Clinton).

Below is a photograph of a group of the new homes on N. 13th Street. The view is facing north towards Clinton Street:

Another view is provided by the Old North St. Louis blog, which shows the homes on the 1300 block of Clinton Street, one of which was open for the Old North House and Community Tour in May (seen below, donning balloons):

As a part of its 2012 build, Habitat for Humanity is building new homes in the Carondelet neighborhood and University City. The organization is also tackling its first rehabilitation project, located in the Dogtown area, and has added to that list another home in Florissant. All of these projects will be profiled on this blog. To view them, please follow the “Habitat for Humanity” tag.

Click here for a map of the Old North build area.