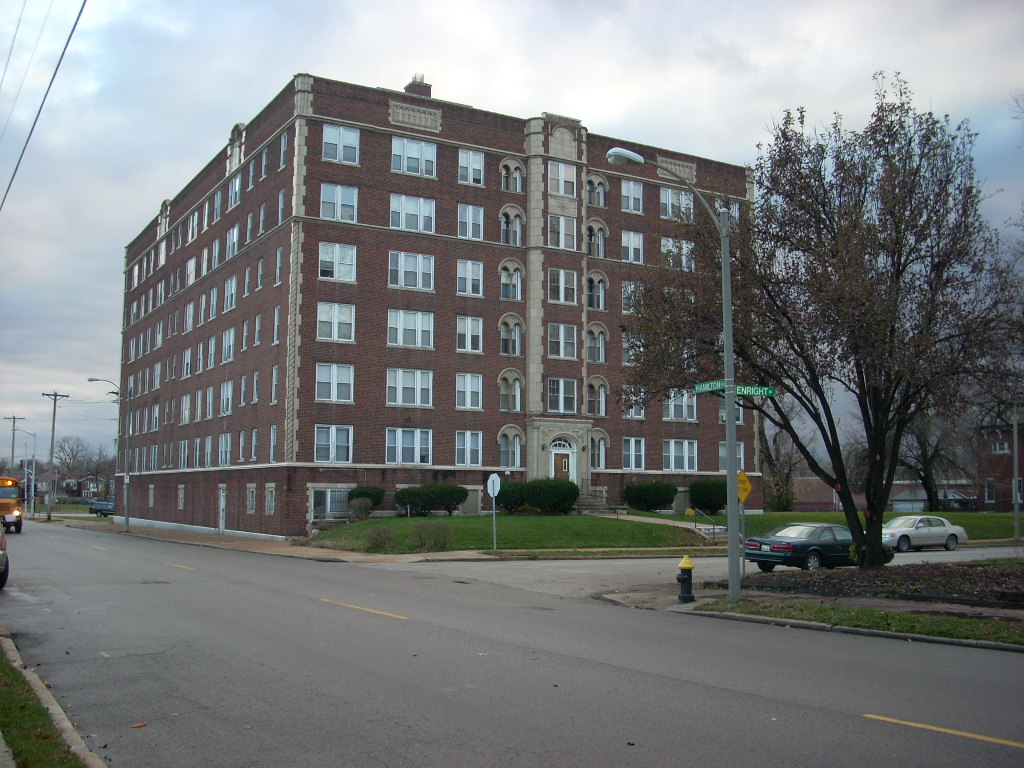 Many expect the Loop Trolley project will connect this portion of Delmar to the flourishing commercial district to the west. Some have even called the eastern portion of Delmar that will have trolley frontage “the Far East Loop”. The Gotham building is located in the city’s West End neighborhood, not to be confused with the Central West End.

Below is a photograph of the Gotham building on Enright (source).

The Gotham building backs to the vacant lot that will become a new mixed use building — “the Gotham Annex”. The St. Louis Design Alliance has a rendering of the Gotham Annex on its website.

Another rendering was posted on nextSTL’s forums back in June 2010, also from the Design Alliance:

If we can secure a final rendering, we will post it to this site.

Presently, the Gotham Annex site (5901 Delmar) is a large vacant lot, as shown in the Google Streetview below.

The Gotham Building is visible in the background on Enright.