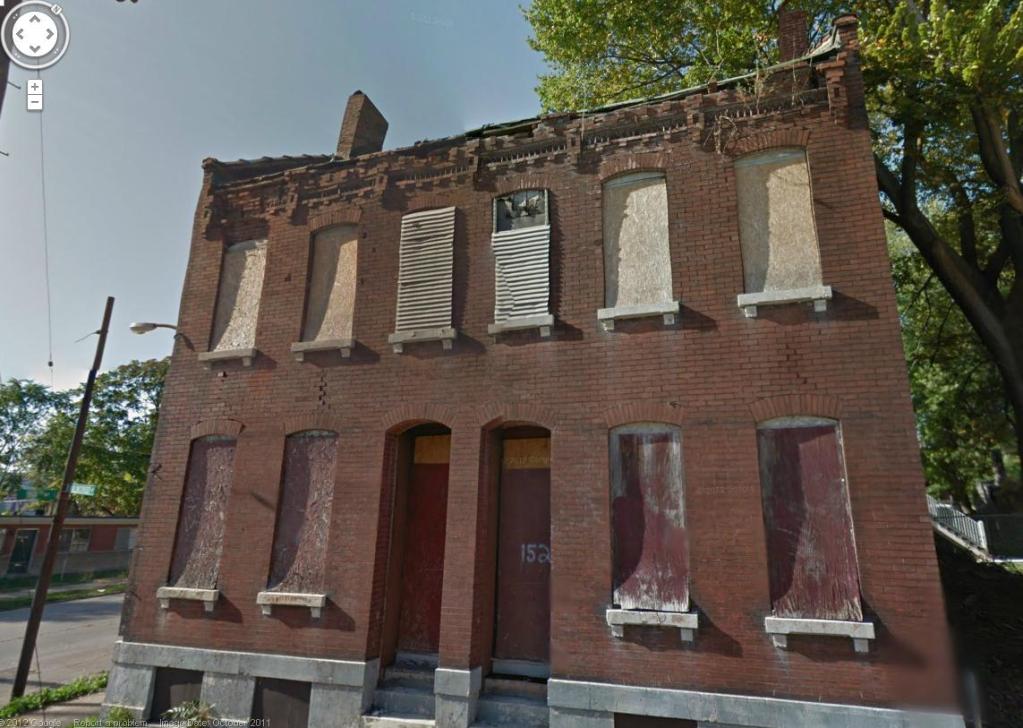 The former four-family building at 1529-31 Mallinckrodt in Hyde Park is being rehabbed into a two-family as a part of the Hyde Park South redevelopment.

Like many of the 26 properties receiving full rehabs as a part of that project, 1529-31 Mallinckrodt was heavily deteriorated. The rear portion of the building appeared as if it was not far from collapse.

Below are two snapshots from Google Streetview in October 2011.

Clearly this building was in dire straits.

Here is a photograph of the facade of the structure dated 6/4/12 showing that the entire second floor brickwork, including the cornice, were removed and relaid.

It it incredible that Hyde Park will retain this historic resource considering the damage it had sustained.