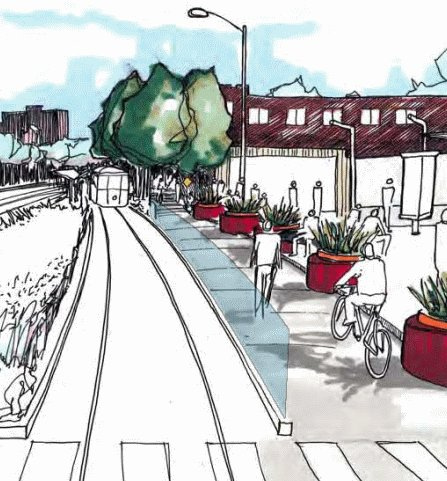 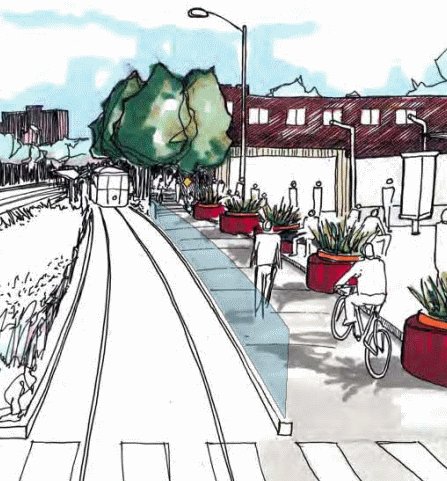 The first of two Loop Trolley and St. Vincent Greenway information update meetings was held last Wednesday at the Missouri History Museum. The next meeting will be held today at the Regional Arts Commission in the Loop, 4:30-7:30 PM. Comments will be accepted through April 6.

Since the last project update, the $43 million, 2.2 mile, 9 station trolley line has been slightly delayed primarily due to the need to find the last bits of funding. Project officials believe that construction will begin by early 2013 with an anticipated opening sometime in 2014.

For the most part, not much has changed with the Loop Trolley. On Delmar west of the MetroLink station, the trolley will be double tracked and share the street with cars; east of the station, it will be single tracked in a grassy median. Along DeBaliviere, the trolley will run on a single track parallel to a multi-purpose trail within the new St. Vincent Greenway which will take over the road's northbound lanes. 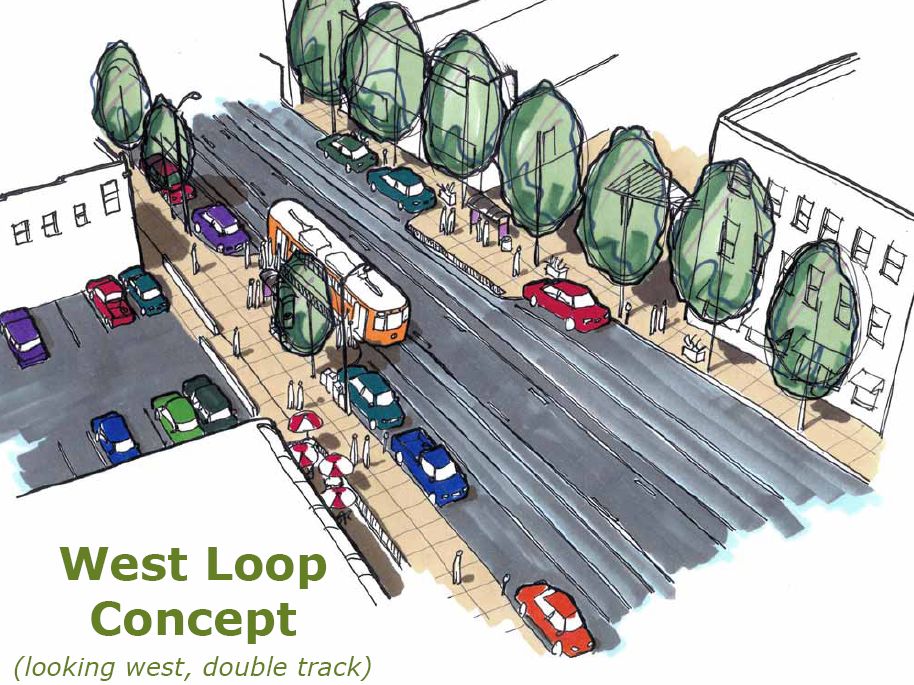 And as before, the proposed initial service plan is still less than stellar. It's still proposed to run 11am to 6pm Sunday to Thursday and 11am to midnight Friday to Saturday. Trains will arrive only every 20 minutes and take 20 minutes to travel end to end. Its fares will not be integrated with Metro, separate tickets will be required.

One minor change is that the Loop Trolley will utilize standard heritage trolleys rather than the hybrid type that had been proposed before. For one, project officials were worried that traffic congestion and the power needed to run heating and air conditioning would result in hybrid trolleys getting stranded without power. Instead, trolley wire will be strung along the entire length of the line, including within Forest Park.

But the biggest changes to the project are being wrought by complications with utilities under the streets causing minor shifts in the trolley's alignment.

Along Delmar through the Loop, utilities have pushed the tracks towards the center of the street eliminating the center turn lane in many locations. The tracks swing outside to reach station stops before returning to the inside of the street. For bicyclists, the oscillating nature of the tracks will make Delmar a very dangerous road to travel. 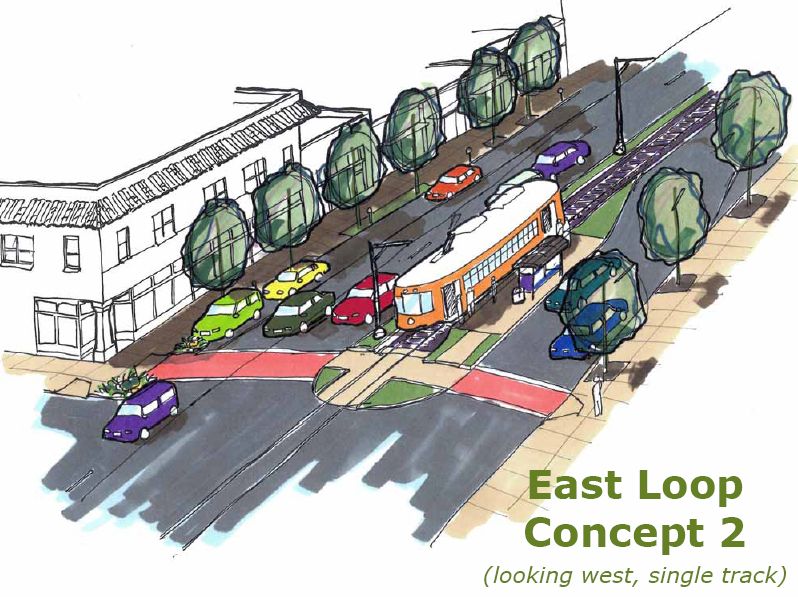 Similar changes are occurring along DeBaliviere Ave. Utilities in the center of the street are pushing the trolley track slightly to the east resulting in a slight reduction in width to the sidewalk and trail on the eastern side of the track. The change is significant enough that Great Rivers Greenway should stop calling the sidewalk/trail a multi-purpose trail as it will be little more than a glorified sidewalk. Tree wells along the length of the trail reduce the width of the trail to only six feet on the side closest to the trolley track and farthest from the building line, too narrow for two-way bicycle traffic. Great Rivers Greenway is hopeful that a much wider greenway is still possible as the design presented at this meeting is not final.

One detail of the trolley alignment seems to have escaped much scrutiny, or at the very least from myself. Along DeBaliviere, there has been a need to preserve driveways crossing the tracks and greenway into many properties on the east side of DeBaliviere, the Crossroads school in particular. According to project officials, the trolley will have to stop at each one of these driveways, or more than a half-dozen times as it travels .35 miles between Delmar and Pershing. 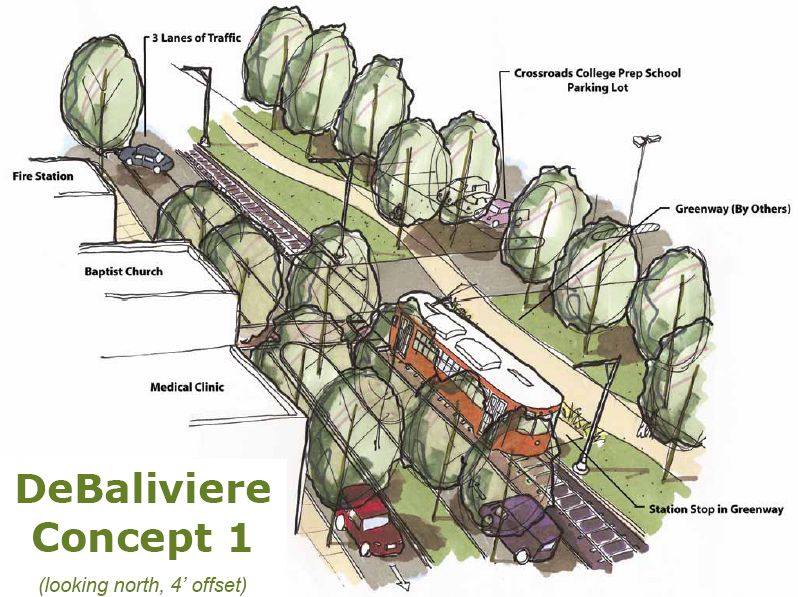 {a half-dozen stops within .35 miles will slow the Loop Trolley on DeBaliviere}

Another concern is whether revenue from fares will great enough to support the continued operation of the trolley. A handout distributed at the meeting shows that the Loop Trolley Co. hopes to raise $600,000 or 46% of the trolley's estimated $1.3 million yearly operating budget from fares. For comparison, the farebox recovery ratio for Metro buses is only about 20%; for MetroLink, almost 30%.