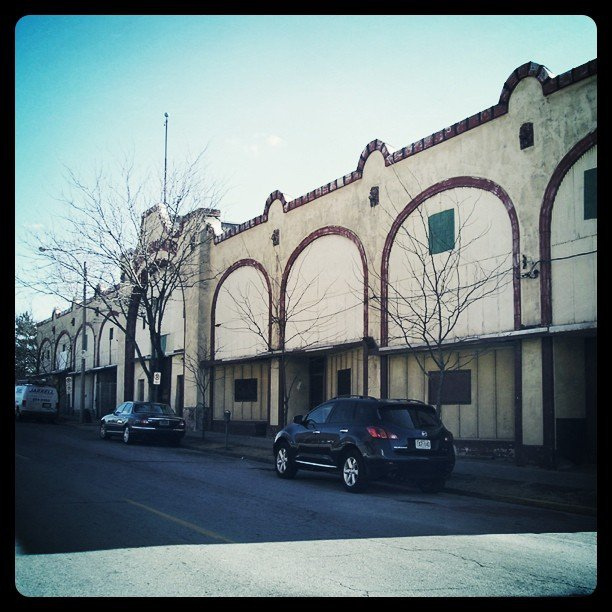 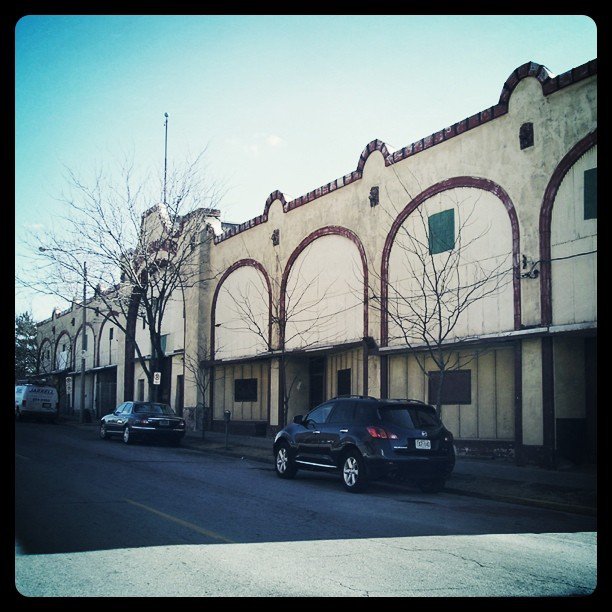 An incredible piece of American music history is currently for sale. It sits right here in St. Louis. The Palladium Building on Enright Avenue just west of Grand was built in 1914 as a roller skating rink and ballroom. The Palladium was not the fanciest of the legendary St Louis dance halls, but it was home for some of the greatest music in the city.

From the earliest days of the jazz age, the Palladium was a unique spot for entertainment. Gene Rodemich’s St Louis jazz orchestra played a dance there in 1914 for the Sunshine Society’s Benefit Ball. In my book, Devil At The Confluence, I note that Rodemich’s outfit was the first recorded jazz group from St Louis. During World War II and just into the 1950s, the building was the famous Club Plantation, home of the very popular Jeter-Pillars recording orchestra. The importance of this structure to St Louis music history is significant for the great local and national musicians who played there and the generations of people for whom this was the place to be on a Saturday night.

The Palladium should be saved and we must raise awareness of the important cultural history that St Louis has and how very few of the heirlooms remain. The video below was created as an introduction to the discussion and to demonstrate what is already lost. Not regret, nor complaint, but to create appreciation for St Louis historical treasures.

The Palladium Amusement Company built the building at 3618 Enright in 1914 and had a roller skating rink there until 1941. The Enright address is the skating rink’s front doors, on the north side of the building. The south side of the building, the 3600 block of Delmar, had no storefronts listed until 1940 when a warehouse for Dupont Paints was listed. The Club Plantation opened on Vandeventer and was there for about five years until it moved to the Palladium Building. The Vandeventer location soon became the site of a very popular and important music spot known as the West End Waiter’s club, just down the block from the West End Hotel. From 1947 to 1952, the Club Plantation is listed at 3617 Delmar, and 911 N. Vandeventer is the West End Waiters club.

Popular St. Louis bandleader, Eddie Johnson talked about his memories of the Club Plantation, “I had a band that was twelve pieces. I had a chance to work with all these top bands in the country, like McKinney’s Cotton Pickers, Fate Marable, Duke Ellington they would come here, to the Club Plantation, at 911 North Vandeventer. I opened the Plantation Club back in 1931, that’s when I had a fellow called Tab Smith in my band.” Johnson also spoke of the Palladium building “And when the Plantation closed on Vandeventer, they moved up there and called it the Plantation.” And he recalled that he worked with the Mills Brothers there. In the interview, Johnson named a number of other St. Louis clubs from the 1930s, such as the Dance Box, the Chauffers’ Club, the Finance Building. Today, none of those locations remain. 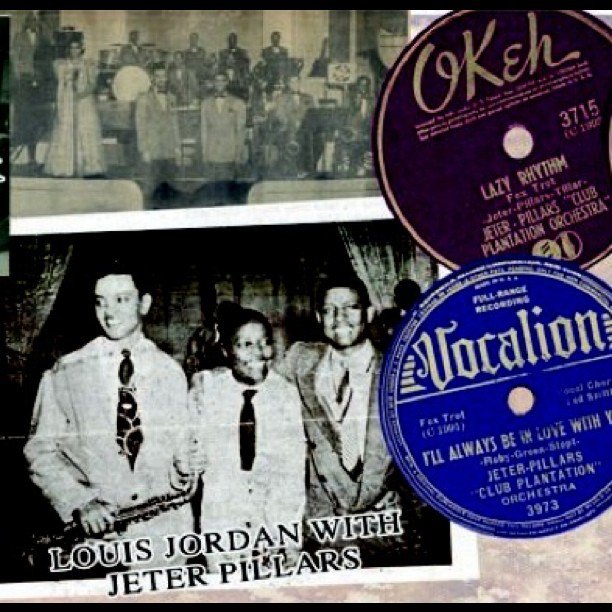 The Jeter-Pillars Orchestra backed many popular national talents when they came to town including Louis Jordan. The biographies of Dizzy Gillespie and Miles Davis talk of the Club Plantation and the St. Louis jazz bands of George Hudson and the visiting orchestra of Billy Eckstein’s. Davis was eighteen years old and sat in with Eckstein and local trumpet man Clark Terry was in Hudson’s band.

Terry remembered the Plantation orchestras as having the best local talent and being known by the national superstars for their excellent musicianship.

We played the Club Plantation and all the acts from Nat King Cole to Ella Fitzgerald, Sarah Vaughan, the Nicholas Brothers – all acts came to the Club Plantation because it was a very, very popular place. They brought their music and we would play their music better than anybody ever played it. They would hear the music played like they’d never heard it played before. They would go all over the country, “Man, you got to go out to St. Louis and have that George Hudson band play your music. You’ll never ever hear it played like that.” So that’s how the band got their reputation. It was a great band.

The Memphis Travel and Tourism Bureau runs ads in the St. Louis Post-Dispatch that bills Memphis as the “Birthplace of Rock n’ Roll.” Their preservation of Sun Records studio is commendable and Graceland draws tourists from all over the world of course, but it’s deplorable that they were permitted to run a false claim like that in Chuck Berry’s hometown paper. Not only did the father of rock n’ roll invent it in his home in St. Louis, but every good Memphis musician besides Elvis Presley, such as Ike Turner, Albert King, and Little Milton, left there to come here. A strong claim to the birth of rock and roll could be made for the Cosmopolitan Club in East St. Louis, but the Cosmopolitan is now gone. And rock-solid claims could be made about St. Louis’ contributions to America’s cultural legacy from ragtime to jazz through blues, rock n’ roll, swing, alternative and other trends of music.

Many of St. Louis’ cultural landmarks are gone. And these now-gone St. Louis landmarks were not of minor importance to American cultural history. These local sites were simply forgotten or unnoticed by the city. This is an unfortunate habit of St. Louis, and a bad habit not shared to the same extent by other cities. And most assuredly, the value and benefits of such claims to historical treasures are not unnoticed by cities like Memphis or Chicago – which has capitalized on other treasures and honors neglected by St. Louis. The Bandstand is gone. The Jazzland, the Rosebud, the Arcadia, the West End Waiters club, the Elks Club and Club Riviera are gone. And now the Palladium is in danger of becoming a parking lot. The building is not in a questionable area, in fact it is comfortably in one of the most vibrant areas for entertainment in the city. It could easily be a gem of cultural history and a proud local treasure, a worthy landmark, and one of few remaining.

Another interesting fact about the block of Grand Blvd across from the Palladium and the old Club Plantation: In 1959, Chuck Berry opened a club called The Bandstand across Grand Blvd from the Palladium at 814 N. Grand Blvd between Delmar and Enright in the old Latin Quarters nightclub underneath the Chuck Wagon diner. So it can be added to the Palladium building’s history that it saw the transition from the swing music of the World War years to rhythm and blues to rock and roll and the greatest musicians of those decades.

The Palladium Building should be saved from becoming just another parking lot. It should be preserved as an heirloom for future generations to know the long and great legacy that they are a part of. It’s a legacy that has come very, very close to being completely lost. It’s something very similar to an inferiority complex that St. Louis has that keeps our city from bragging about her cultural importance and keeps her from defending her qualities and successes. St. Louis makes no argument when other cities make claims to our treasures and historic landmarks. Maybe it’s because we do not realize how important these historical artifacts are. Maybe knowing the history and realizing the value will stop this downward spiral of low self-esteem and cultural neglect.

Kevin Belford is a professional illustrator and author of the book Devil at the Confluence.