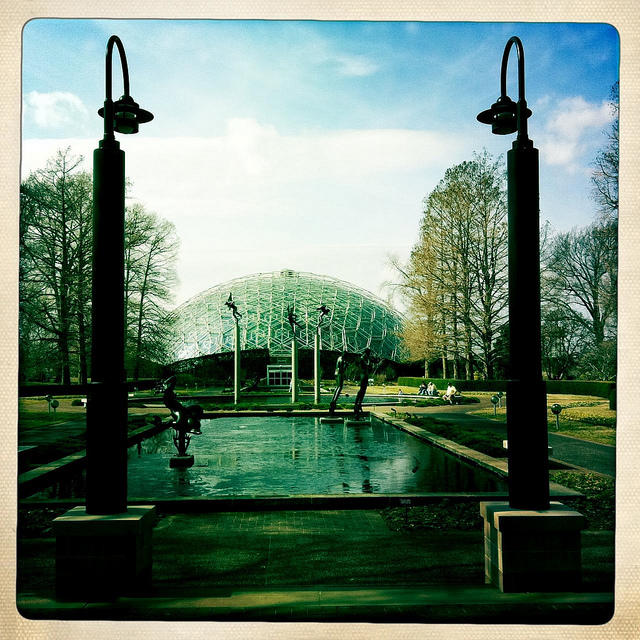 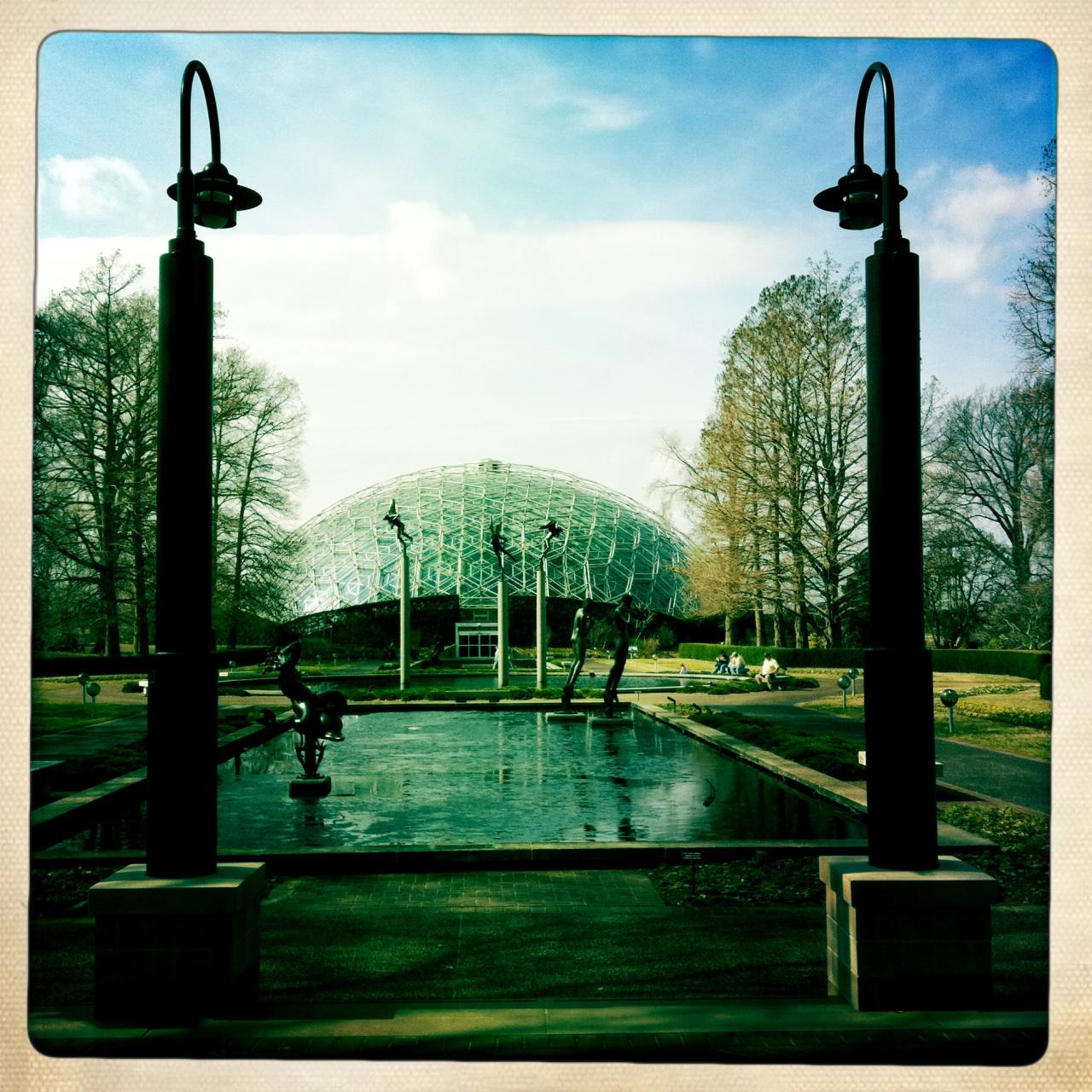 As the Zoo and Museum District reaches its 40th year of operation, we find the population of the St. Louis region increasingly living outside of the core and discussion about the future of our flagship cultural institutions being miscast as a debate about admission prices and public subsidy of a frivolous entertainment district. We have improperly framed the conversation.

By the 50th anniversary of the ZMD, we should try to have a better picture of what we are discussing. We should set a ten-year goal as a region to shift our conception of the five ZMD institutions. We must stop seeing them as local attractions and begin to understand them as regional assets.

As attractions they are geographically limited to the urban core. They are physically limited to the size of their respective structures and campuses. They are the sum of their bricks, beams, and concrete. They serve only the neighborhoods near them, and their use of public money is inappropriate. Nobody wants to subsidize other people’s entertainment.

As regional assets and flagship cultural institutions, they span the globe. Their presence may be felt in every school, university, library, and conference. They shape our economy, reclaim our history, and point to our future. They are judged by their programs and not their buildings. They are the sum of their partnerships, conversations, and people. Their use of public money is returned to the community many times over at every level of public interaction.

Consider the history and impact of the Missouri Botanical Garden. It began as the project of one wealthy St. Louisan on the grounds of his suburban estate. It was rolled into the structure of Washington University. It was endowed over 150 years by private gifts from the community for programs that reflect our collective wishes. We taxed our homes to support it, thereby making it an extension of our homes and giving us all a sense of collective ownership. An economy around plant science bloomed. The whole world began to eat Monsanto’s vegetables. The whole world comes to St. Louis to talk about systematics. The garden is saving plants all over the world and involving St. Louis businesses in the process.

The garden is greening homes, restoring wildlife habitats, and enhancing science. It serves as a backdrop for international trade talks and mayoral visits from sister cities. It’s on the radio, in the newspapers, and in more than a few classrooms. All this, and most of its physical property is outside the City of St. Louis. Shaw Nature Reserve in Franklin County is not within the ZMD.

Is MoBot a simple attraction or is it a flagship cultural institution and regional asset? Reality says one thing and popular opinion, at least reflected by comments on a recent Post-Dispatch article about the ZMD’s 40th anniversary say something else.

As many of the ZMD institutions are currently undergoing expansions in their physical campuses, it should be noted that the shift from attraction to asset must begin with their leadership. Consider the efforts of the St. Louis Science Center with the Grossology exhibit and the recent robotics competition. How much does each cost? Which has a bigger impact on the region? 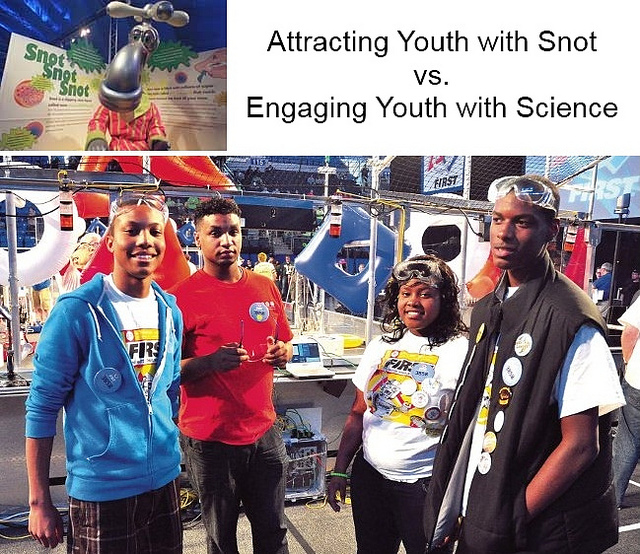 Grossology is a physical investment in the Science Center’s status as an attraction. It gives people something to come and see, children especially. People come, stay a few hours, and leave. The robotics competition however, is an engagement process that involves schools from around the region over a long period of time. Investing in the students invests them in the Science Center. Families and teachers from all over flock to the event along with print, radio and television media. Through the competition kids make decisions about their futures as scientists and as St. Louis residents, and when it is all over, there’s room for other science fairs. Meanwhile, Grossology eventually ages, needs to be replaced, and requires a substantial sustaining budgeted.

The ZMD institutions must grow into regional players. Counties outside the core cannot and should not join the ZMD until the ZMD institutions get involved in those counties. Regional programs need to be expanded and satellite programs created. St. Louis does not need more than one zoo. It doesn’t need two Japanese gardens or multiple art museums with encyclopedic collections. There is room for vast expansion without duplication. In seeking partnerships with existing programs and enhancing our existing assets we can build on our strengths and create world-class institutions distinguished by a uniquely St. Louis flavor. Going it alone and attempting to make world-class attractions that compete on the same terms as attractions in cities many times larger than St. Louis sets us up to fail.

We should not seek to have the world’s best zoo, but the zoo that best serves our region. 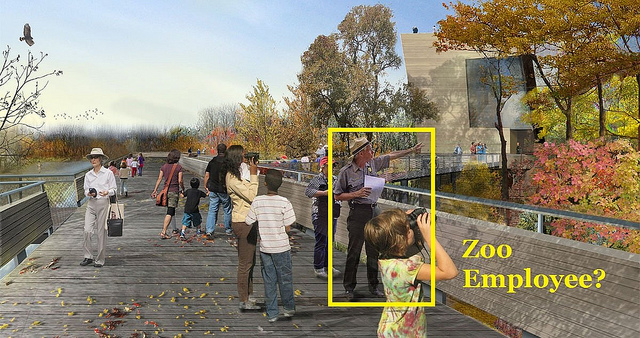 The St. Louis Zoo is at the confluence of great rivers, fascinating geology, an important flyway, and the overlapping of wetlands, prairies, and woodlands. It is easy to imagine the zoo investing in the region without duplicating its geographically limited facility in Forest Park. Adding programmatic strength to the planned wetland aviary in East St. Louis and at Riverlands in both Madison and St. Charles Counties creates no conflict with Forest Park. Wetland boardwalks and eagle watching in Alton is not a stretch of the zoo’s mission. The zoo could add staff to Mastodon State Park in Jefferson County to enhance our understanding of why American megafauna died out. They could have programs in Franklin County’s caves for endangered species like the Indiana Bat and other cave life.

As 99% of tallgrass prairie is now gone, a bison range and prairie chicken refuge in St. Charles would be a great boon to many species. Taking over Grant’s Farm and perhaps eventually consolidating the insectarium on the grounds of the Butterfly House would not be unreasonable. Moving aquatic endeavors to the River Museum or the World Aquarium would create important partnerships and free up room in Forest Park. We have wolf, raptor, and reptile sanctuaries in the region, and it is not unreasonable for the zoo to have some level of involvement with them. We deserve a zoo that embraces and exhibits St. Louis, not just an attraction in a park. 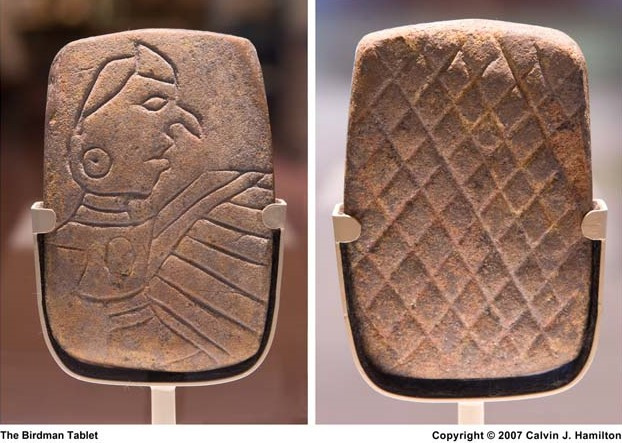 St. Louis has an incredible history that is not talked about. We have Cahokia Mounds, a UNESCO site eroding in obscurity. It should be celebrated. We rarely claim it. We don’t invest in it. We don’t send tourists there. The average citizen has no idea what the Birdman tablet is. St. Louis was once at the center of an empire built upon corn, but MoBot does not have an ethnobotony program in the Metro-East.

St. Louis has some of the oldest cave art in the world and untold quantities of clay objects we never bothered to dig up unless we were building a highway, but the St. Louis Art Museum runs no Native American art program in the Metro-East.

St. Louis was the epicenter of a fur trade that shaped the world and made America, but figures like Ashley, Lisa, and Astor are unknown here. Where is the monument to the steamship Yellowstone? This is the city where Lewis and Clark set out to find a mastodon for our president that dabbled in zoology, the place where evidence of the Clovis culture was found between the ribs of a mastodon, but the St. Louis Science Center does not operate a natural history program at the Kimmswick Bone Bed.

{the International Fur Exchange building is the last physical link to the once dominant industry of St. Louis}

The ZMD is a cultural district, and the institutions in it have an obligation to claim our culture and celebrate it. They have an obligation to lead our culture too, not as attractions, but stewards of our collective hopes and dreams. We must cease our debate about turnstiles and admission charges, put away the stick of tickets for amusement in institutional silos, and bring out the carrot of collaboration and involvement in every community. We have ten years to make the 50th anniversary of the ZMD something worth celebrating and expanding. We shouldn’t spend it bickering about how to punish those that have been excluded from it.