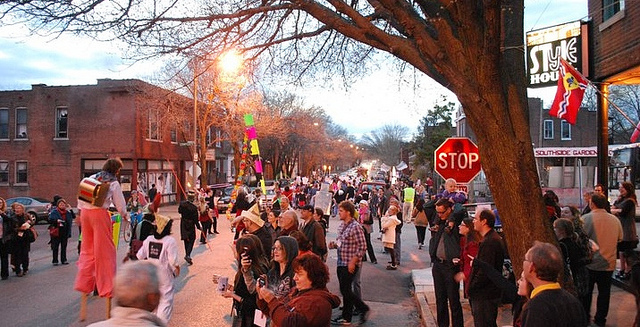 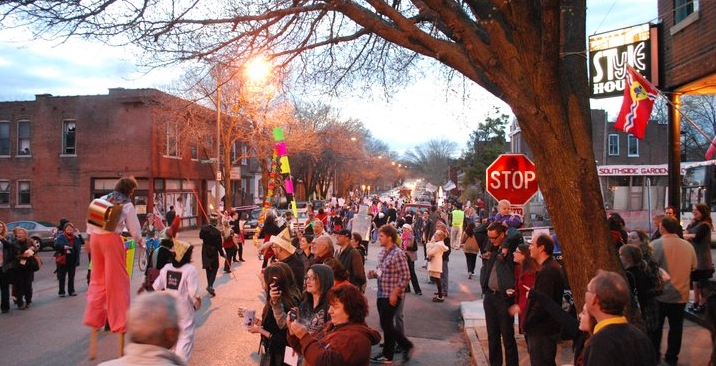 From March 16-19, the art world’s eyes were on St. Louis. More than 1,500 printmakers and graphic artists from around the world descended on our city for Equilibrium, the Southern Graphics Council International’s (SGCI) annual conference, sponsored this year by the Sam Fox School of Design and Visual Arts.

SGCI’s convention is the largest convergence of its kind and it is a distinguished honor for any city to host the event. St. Louis finally had its chance to show the world what many of us have already know. The designers, artists, street performers and eclectic exhibits were thoroughly impressive, but the real star of the weekend was the City of St. Louis, and Cherokee Street in particular.

Friday night, the diverse creative scene that has been burgeoning on Cherokee for the past several years culminated before thousands of visitors in a way that few could have predicted. In a dramatic and enthusiastic demonstration of community spirit, the residents, business owners, performers and artists of Cherokee joined forces to demonstrate why this special South Side street is a work of art all by itself.

Not only did virtually every Cherokee Street business feature some kind of special event, food, music or art show, but a number of vacant storefronts were transformed into makeshift galleries and creative spaces as well. Street performers, slide shows and interactive booths filled the gaps between venues, making the entire street come alive like never before.

The climax of the evening came at 6:47pm, when an impromptu “flash parade” rolled down the street, spreading the funky soul and joy that defines only Cherokee Street. Fire throwers, a neighborhood drum band, circus performers and a costumed scooter brigade amused onlookers between Iowa and Compton, ending with a jubilant street festival in front of The Archive. 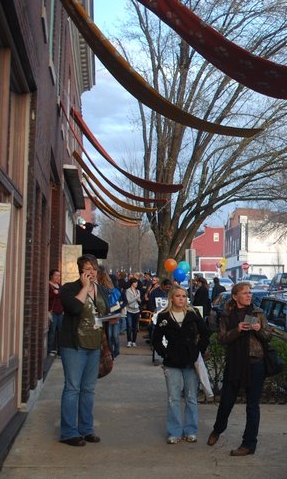 Needless to say, those who experienced Cherokee Street on Friday night were tremendously impressed with the art/design community here and they couldn’t believe how relatively unknown it was. We had conversations with people who came from nearly every continent and all were gushing about how amazing they found St. Louis to be. Several people even said it reminded them of New York!


What we think is most important, though, is that about half the crowd was from St. Louis. To see our city so well received by visitors and so alive with culture can have a profound positive affect on our self-esteem. In many ways, an event like SGCI validates the sentiment that many of us have felt for a long time now—that St. Louis has been a sleeping giant, just waiting for an opportunity to show the world—and itself– what it’s made of. And it delivered.

What happened on Cherokee on Friday night was nothing short of magical, and everyone felt it. Everyone on the street has been basking in an afterglow ever since and are eager to spread the excitement. Events like SGCI provide the glue that communities need to remain strong and vibrant. St. Louis has it in spades, and Cherokee’s brand of togetherness is off the charts. Hats off to my favorite city’s most colorful street and to the talented people who continue to make it such a special place.