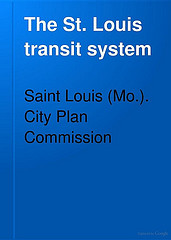 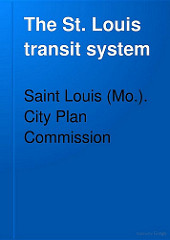 Harland Bartholomew came to St. Louis in 1916 at the invitation of the Civic League of St. Louis with the charge of creating a comprehensive plan for the city of St. Louis. Three years later, he was appointed City Planning Commissioner, the first full-time planner employed by an American city. He served in that capacity until 1950.

Among the first documents produced by the St. Louis City Plan Commission headed by Bartholomew was "The St. Louis Transit System: Present and Future" published in 1920. I'll go into more detail on the contents of the document in a later post, but for now I want to point out the diagram on page 23 which reveals Bartholomew as the creator of the ultimate St. Louis fantasy transit map. Imagine. 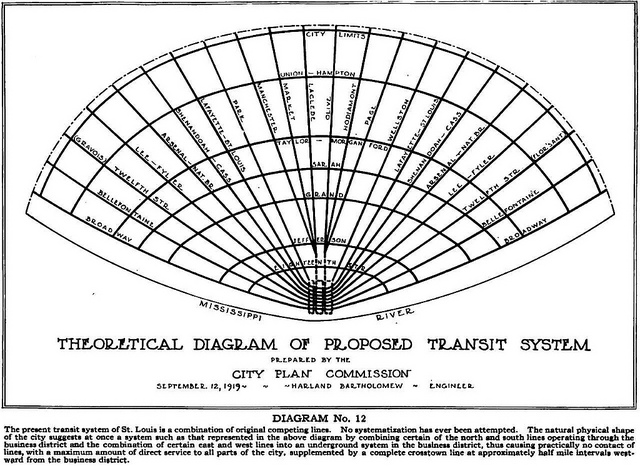