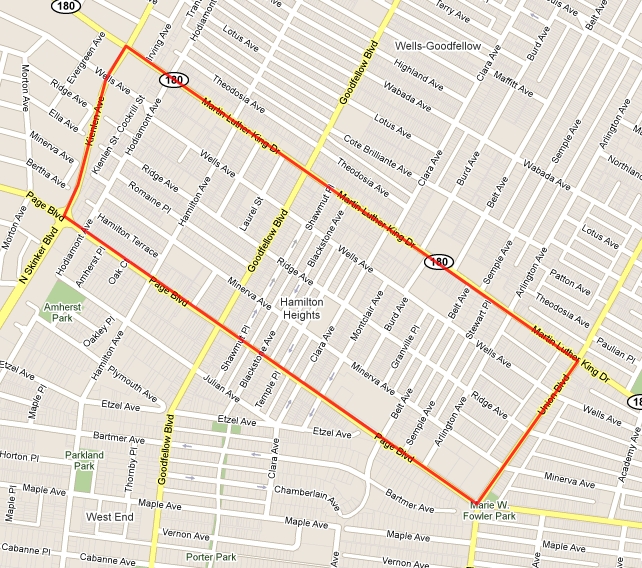 Hamilton Heights is located in north west St. Louis. As you can see in the map, the street grid is relatively in place. The westernmost boundary of the neighborhood abuts Wellston.

Demographics wise, this is a 98% black neighborhood that is loosing residents at an alarming rate. From 1990 to 2000, there was a 30.4% decline in Hamilton Heights residents. In 2000 there were 1371 households, 70% of which had 2 or more people. 94% of those were considered “family households”. Only 27% were married; and 83% of the family households are female only with no male householder.

The scant neighborhood website claims: “Although two-to four-family units are prevalent, a large number of larger single family homes are also present. The vast majority of the housing stock consists of brick architecture built between the years 1890 and 1920. The area offers good opportunities for housing and land redevelopment.”

Sounds pretty intriguing to me, since this is my favorite time frame for housing stock in St. Louis. So what does this neighborhood look like today? The architectural styles are of course amazingly beautiful. The housing is widely varied, but overall reminds me a lot of Shaw, Tower Grove East and Fox Park. The obvious and unfortunate reality is that maybe 25-40% of the housing is either burned out, boarded up, or falling in on itself. 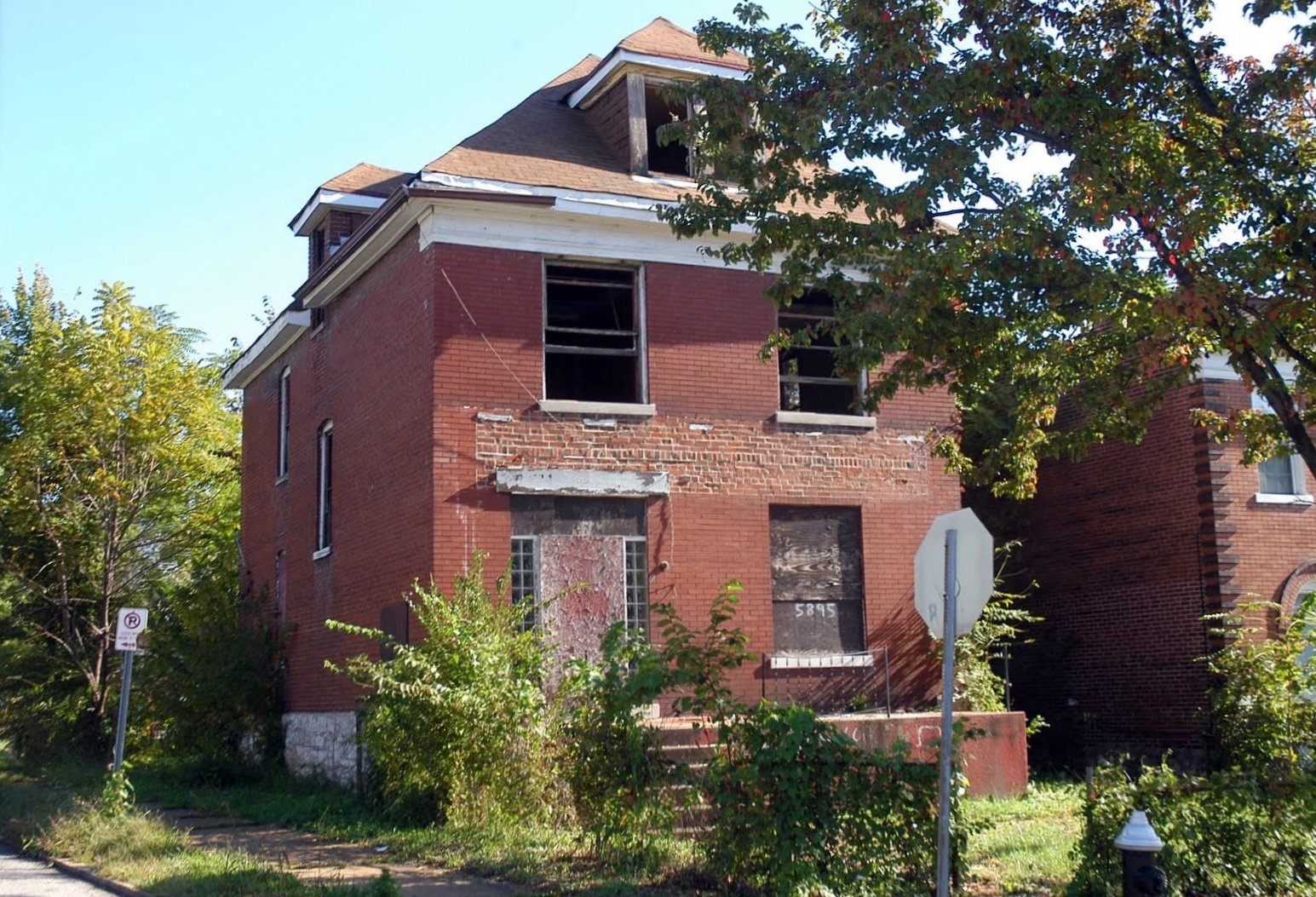 That’s not to say there aren’t some beautifully manicured lawns and homes. However, there are no entire streets or stretches that are maintained or rehabbed to give the neighborhood a sense of hope or a beacon of light toward the future renaissance of the neighborhood. The nicer homes sit right next to the not so nice homes. Another thing we noticed is there is a high frequency of corner lots that are vacant. It was kind of strange; it almost looks like an intentional effort to demolish and remove the corner lot structures. Here are some photos of what I’d describe as fairly representative of Hamilton Heights: 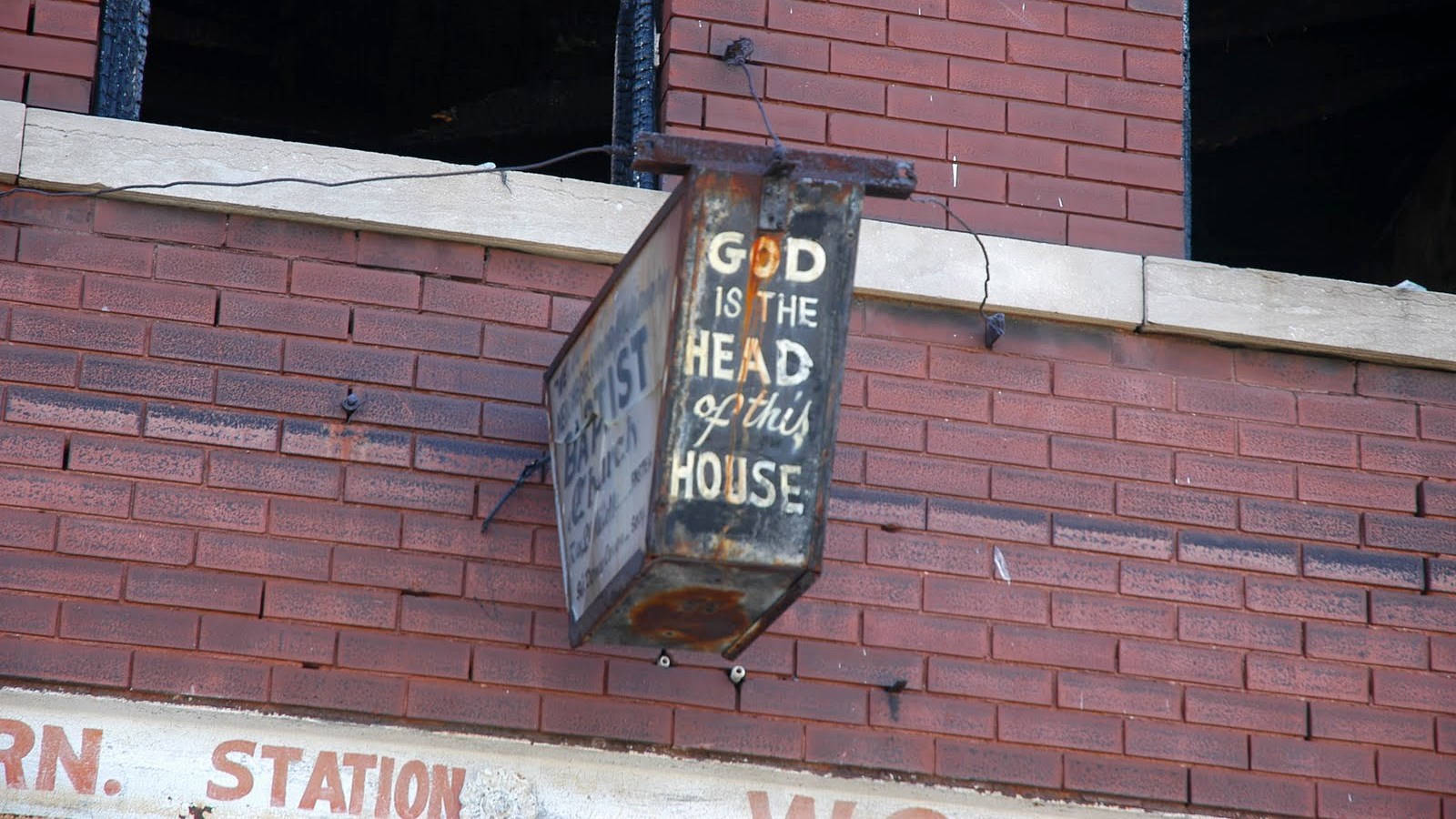 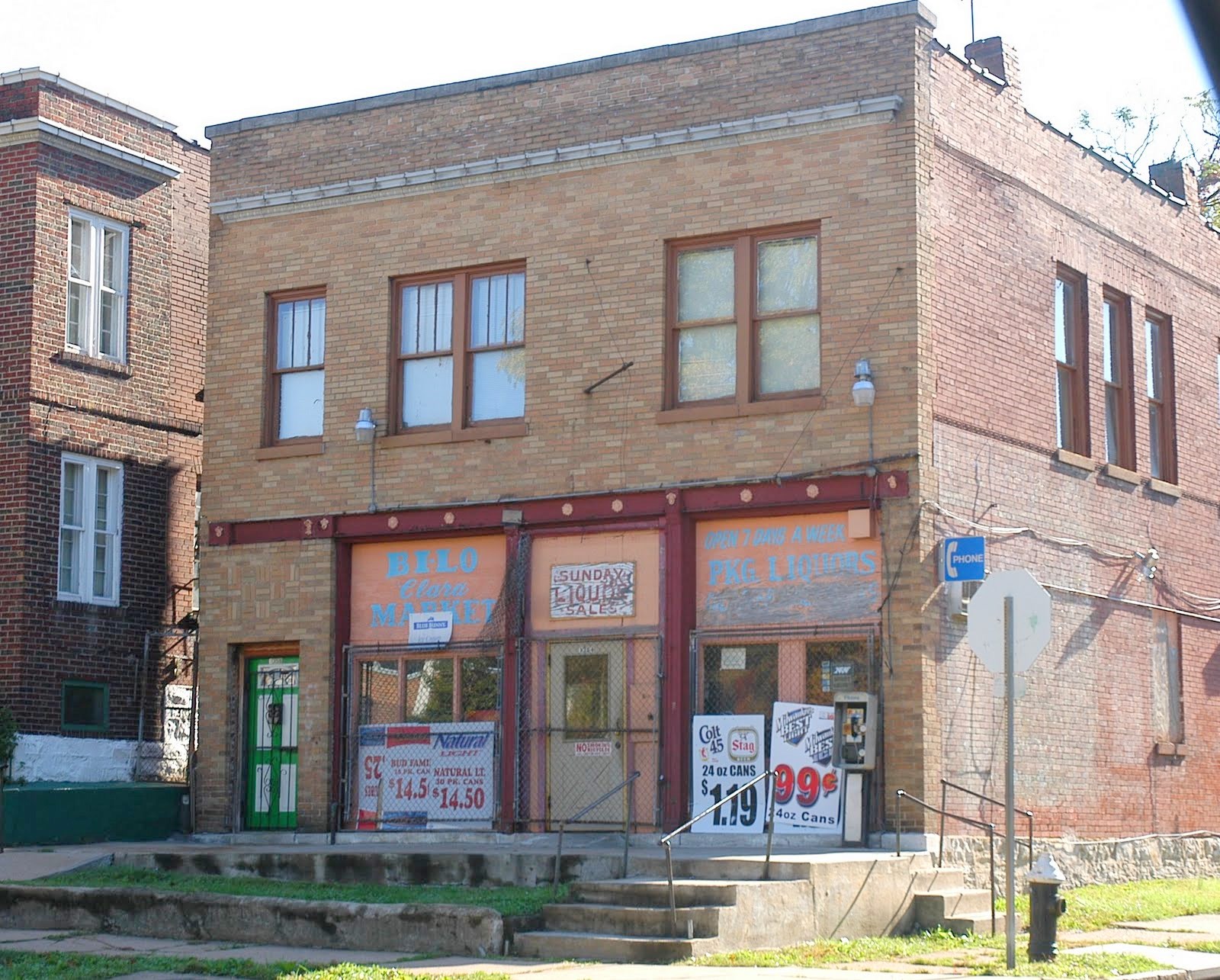 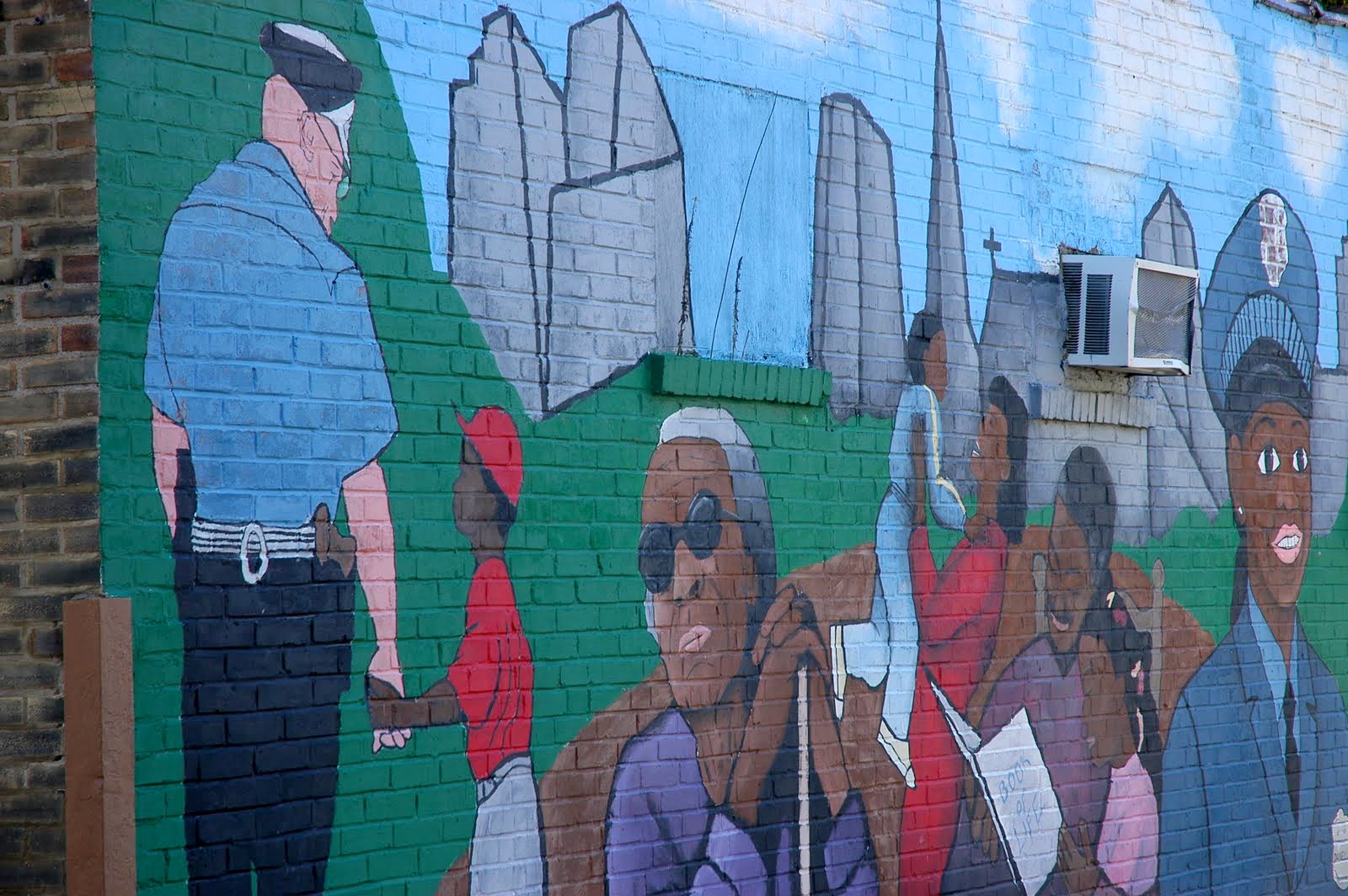 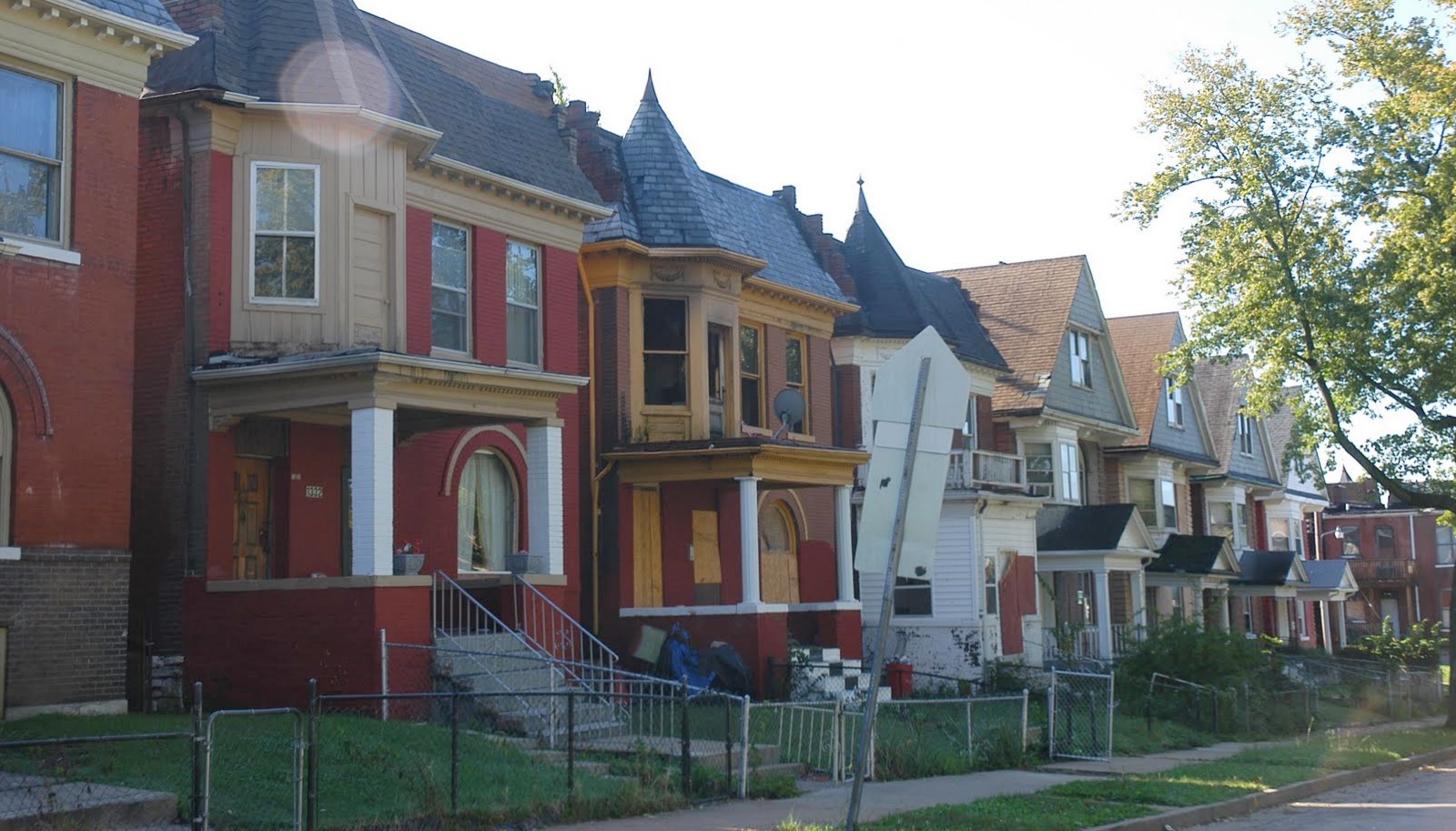 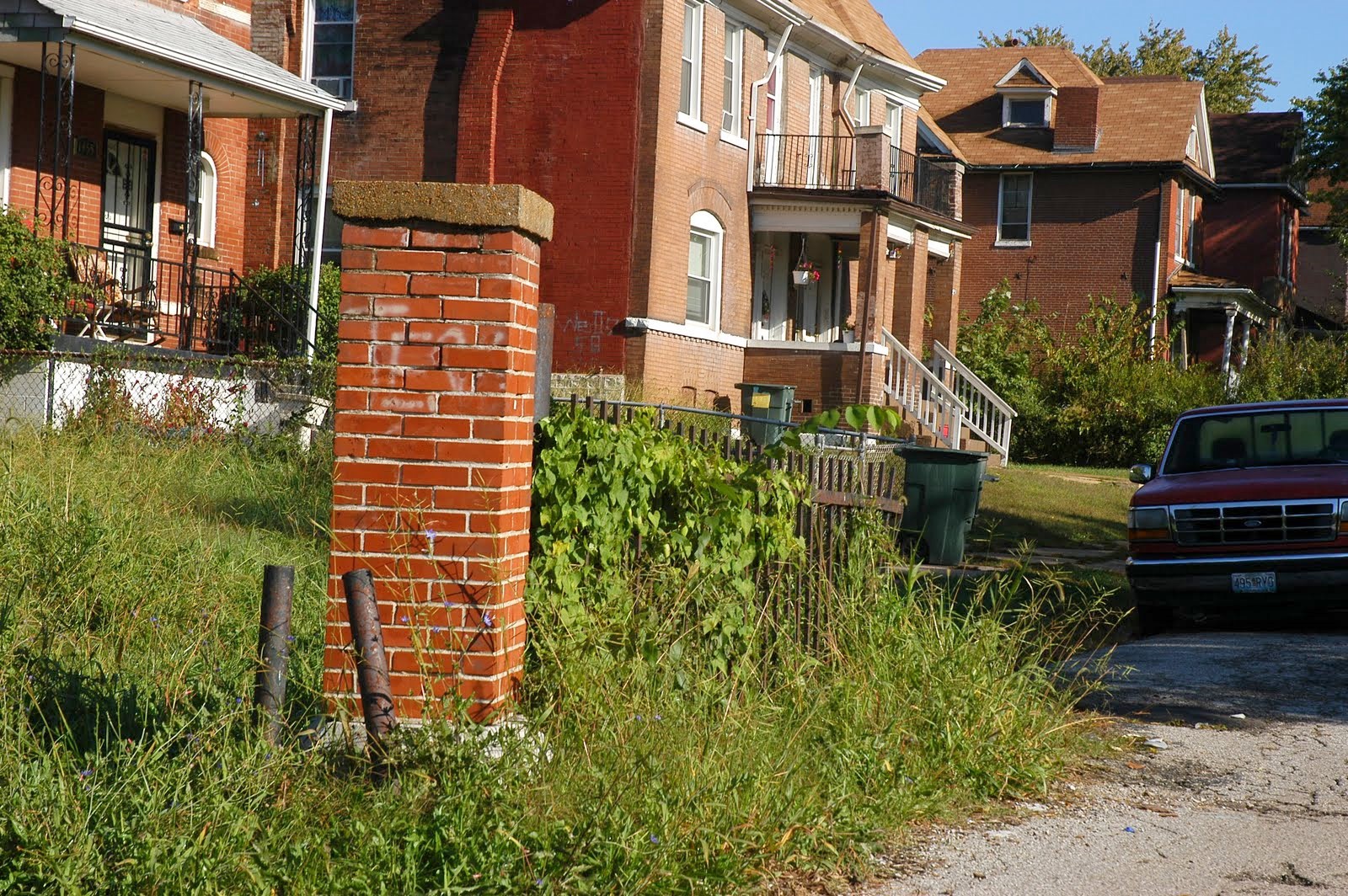 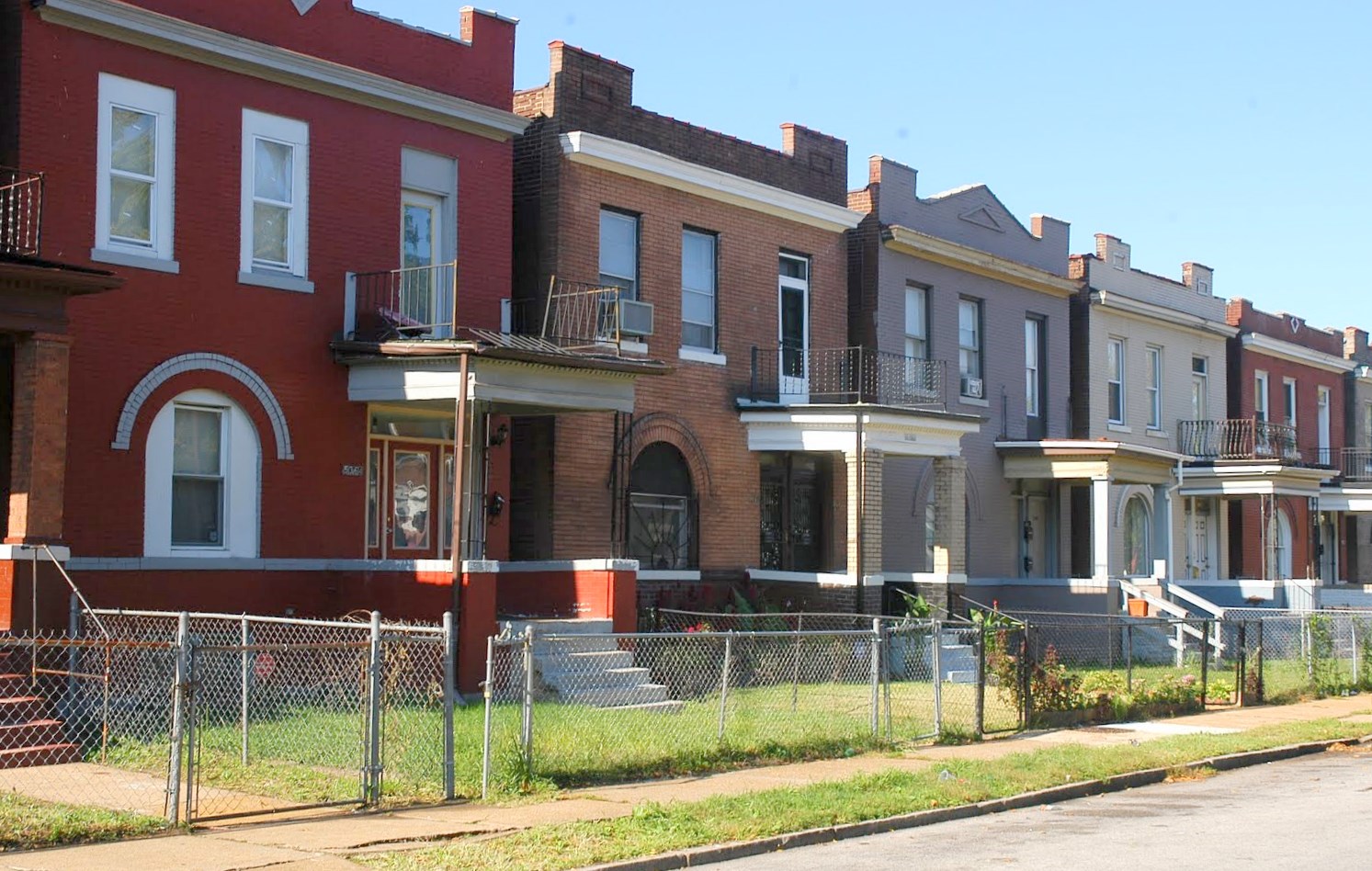 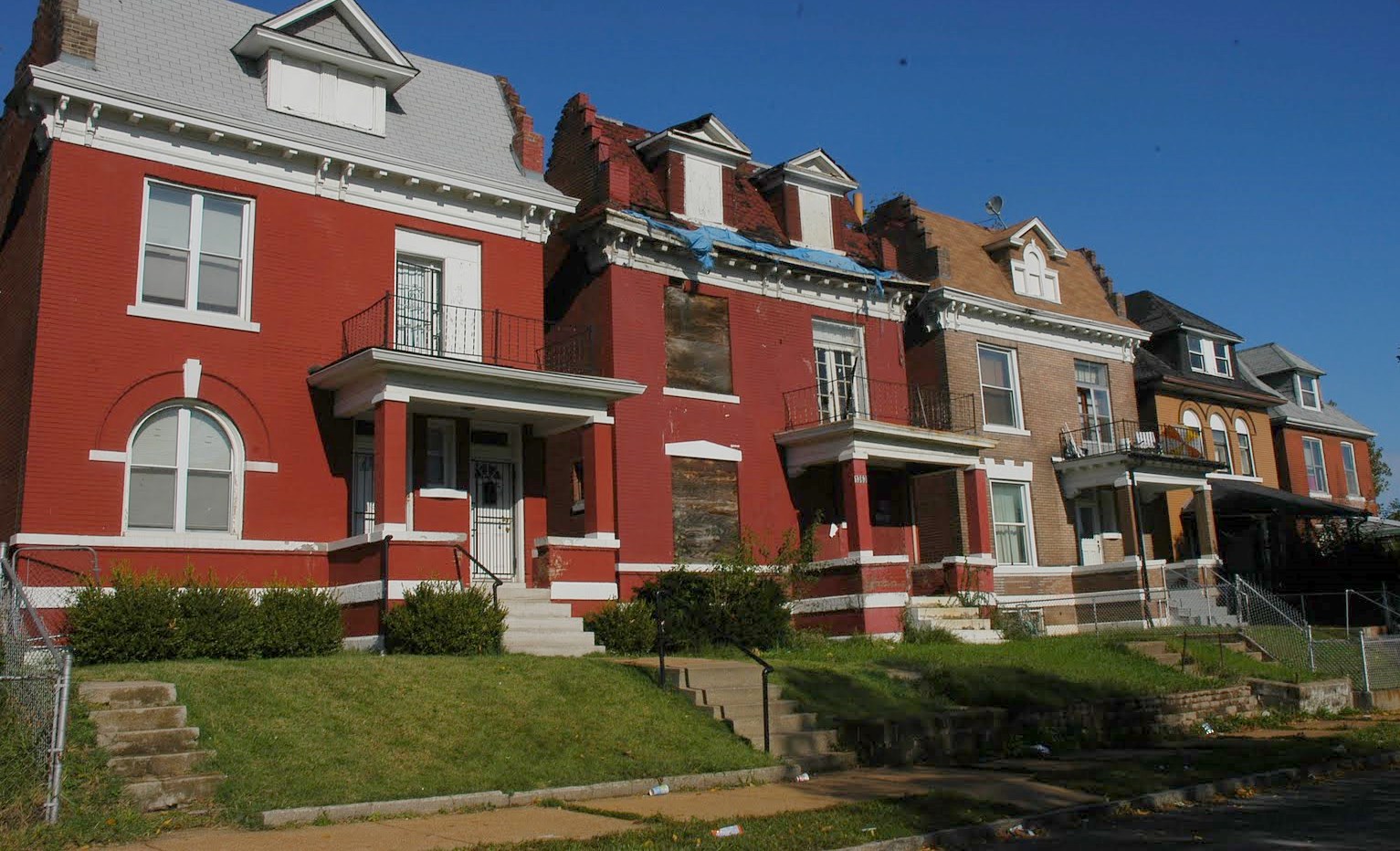 And of course there are some parts of the neighborhood with new housing that makes no attempt to fit in with the older homes. 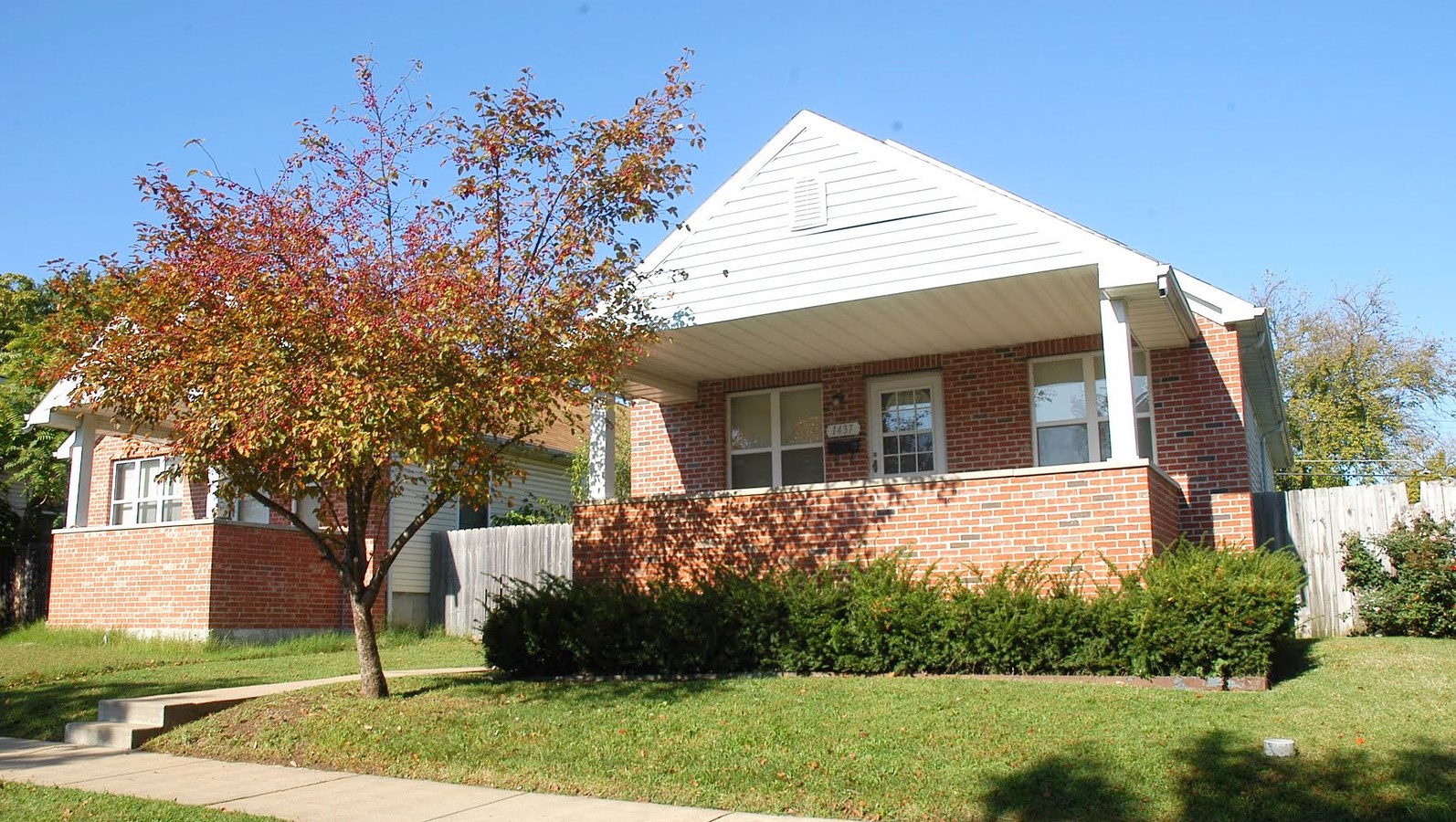 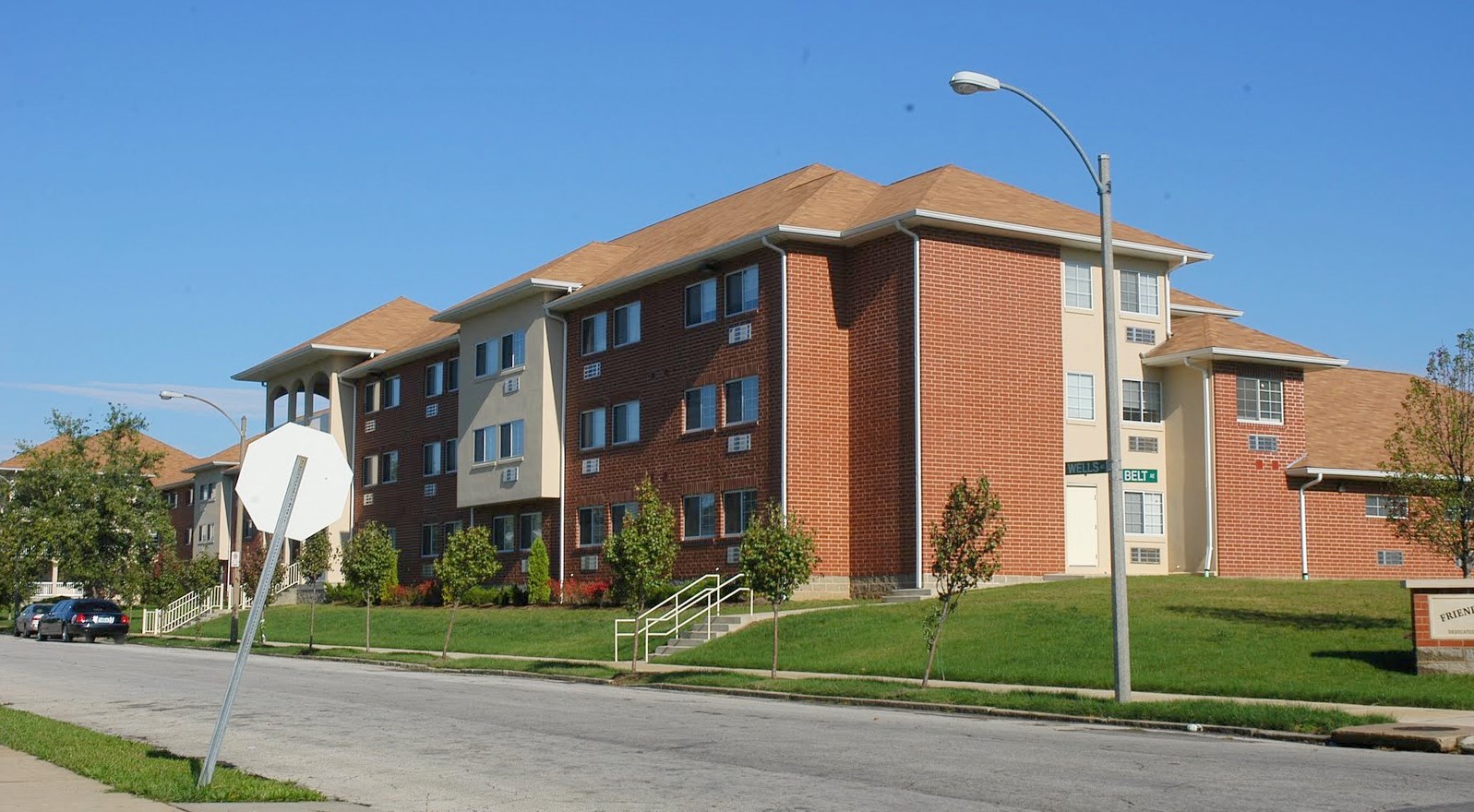 The bleak pictures are somewhat misleading in that there is still quite a bit of activity on the streets. Typical city neighborhood stuff: nice people who wave when you pass, people walking dogs, people working in the 3 community gardens (thanks-Gateway Greening!) and people sitting on the front porch. 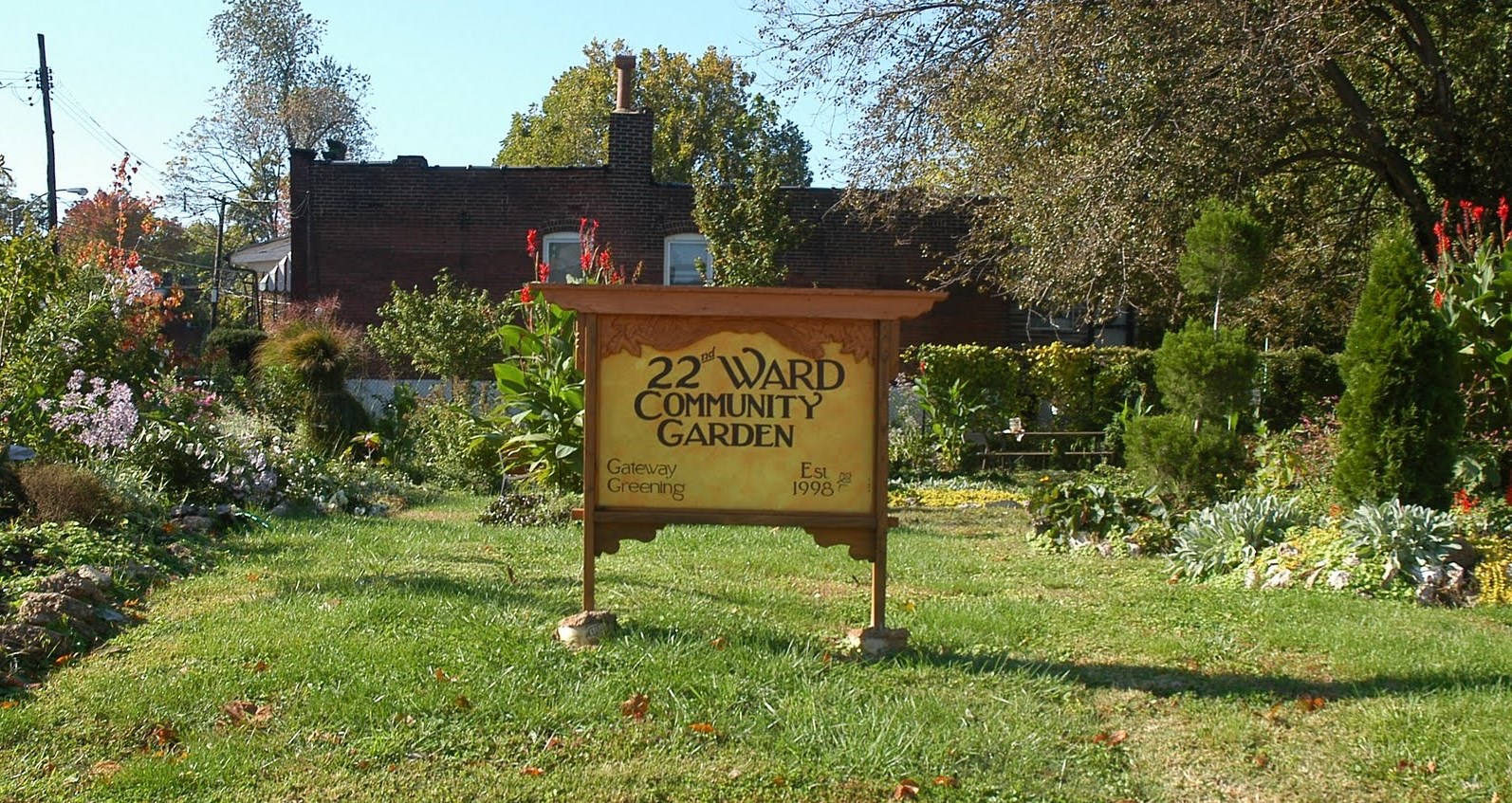 Unfortunately, there’s also a lot of the bad stuff prevalent in Hamilton Heights that gives the north side it’s reputation. Zero racial diversity, few useful businesses, lack of pride/cleanliness and my biggest pet peeve: people walking in the middle of the street that don’t get out of the way of cars. It’s hard to imagine this part of the city ever being anything like central and south St. Louis in my lifetime. Massive investment, tax credits and an influx of immigrants or something. Who knows, I don’t pretend to have the answers. With all that said, it doesn’t seem a completely hopeless place. To me, it’s still an intriguing neighborhood.

I’m especially fascinated with the commercial stretch of Dr. Martin Luther King Blvd. that goes through Hamilton Heights. This must have once been a thriving business district. This stretch must have once had a “main street” feel. There is huge potential here. There are a couple of auto repair shops, night clubs and odds and ends stores; but most of the businesses closed up shop long ago. There is a treasure trove of cool old signs along MLK Blvd.

The former JCPenny’s is especially cool: 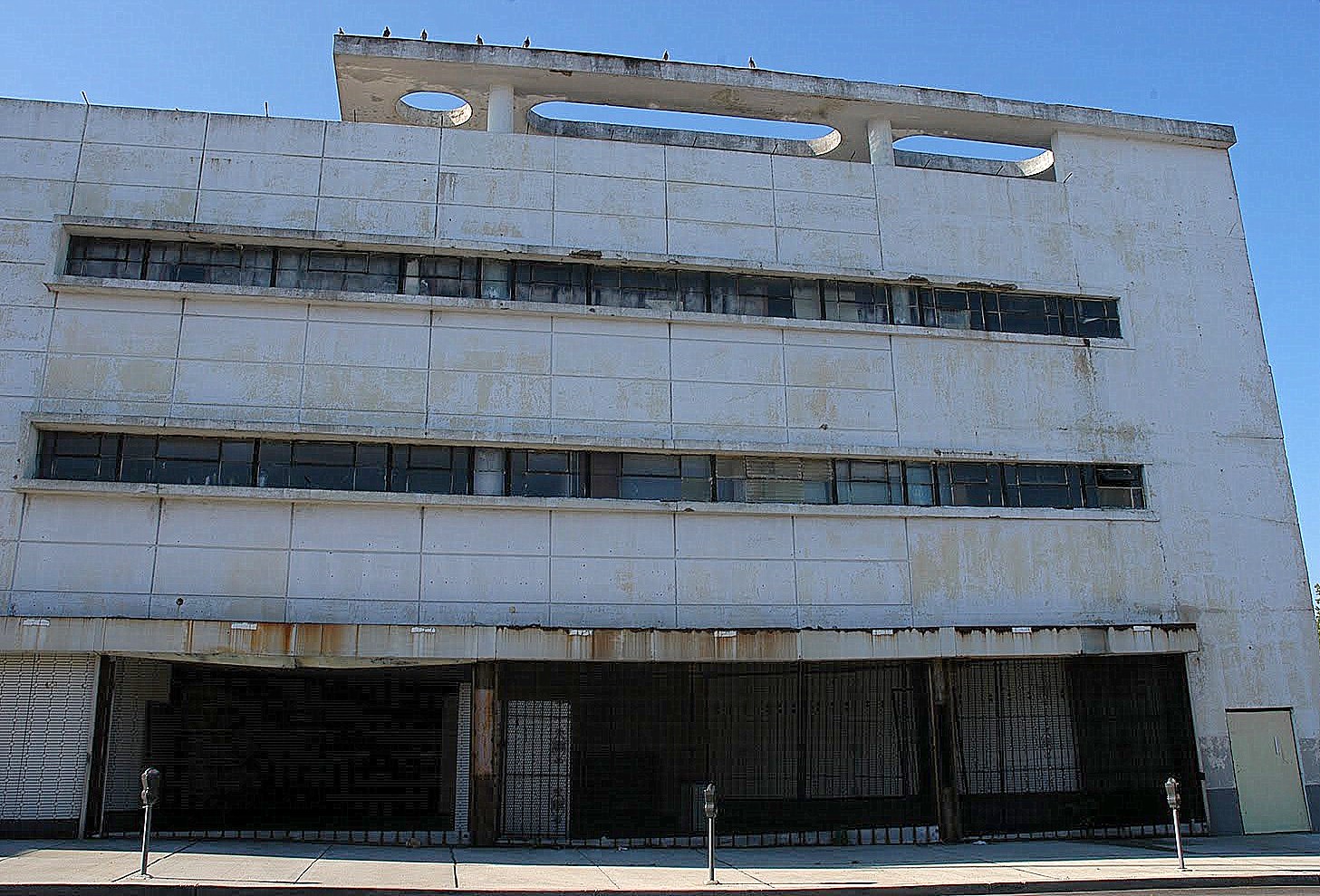 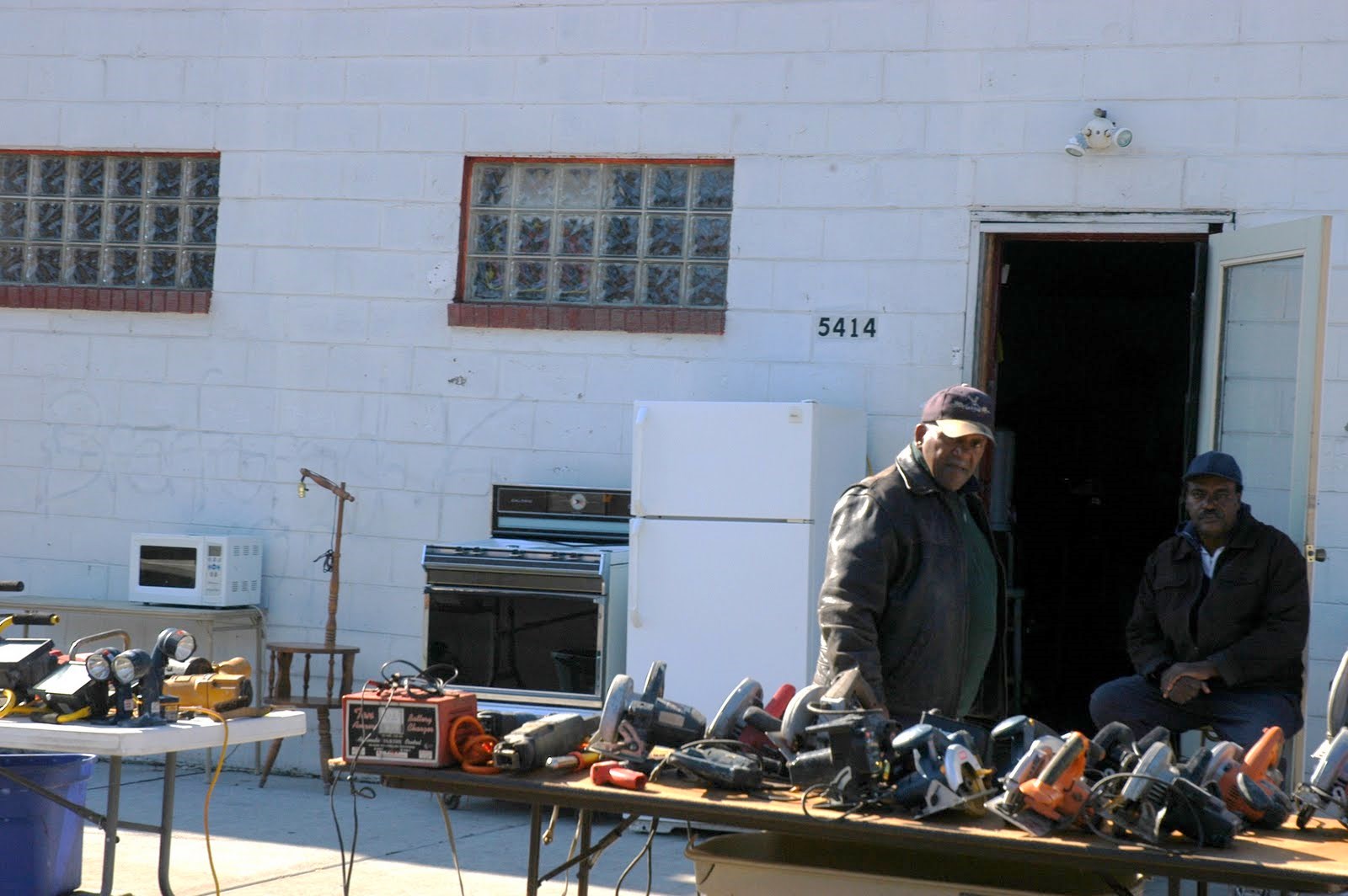 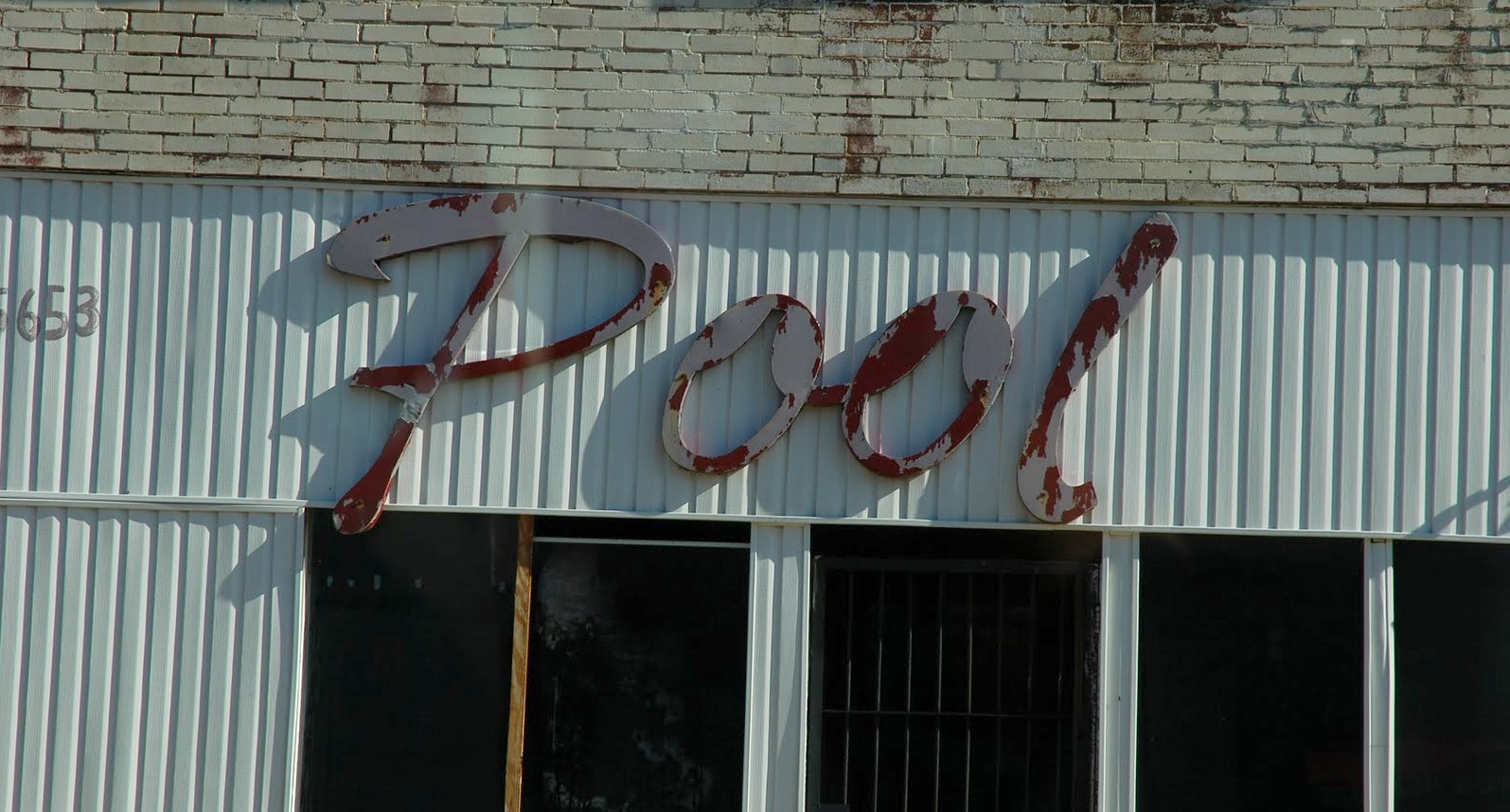 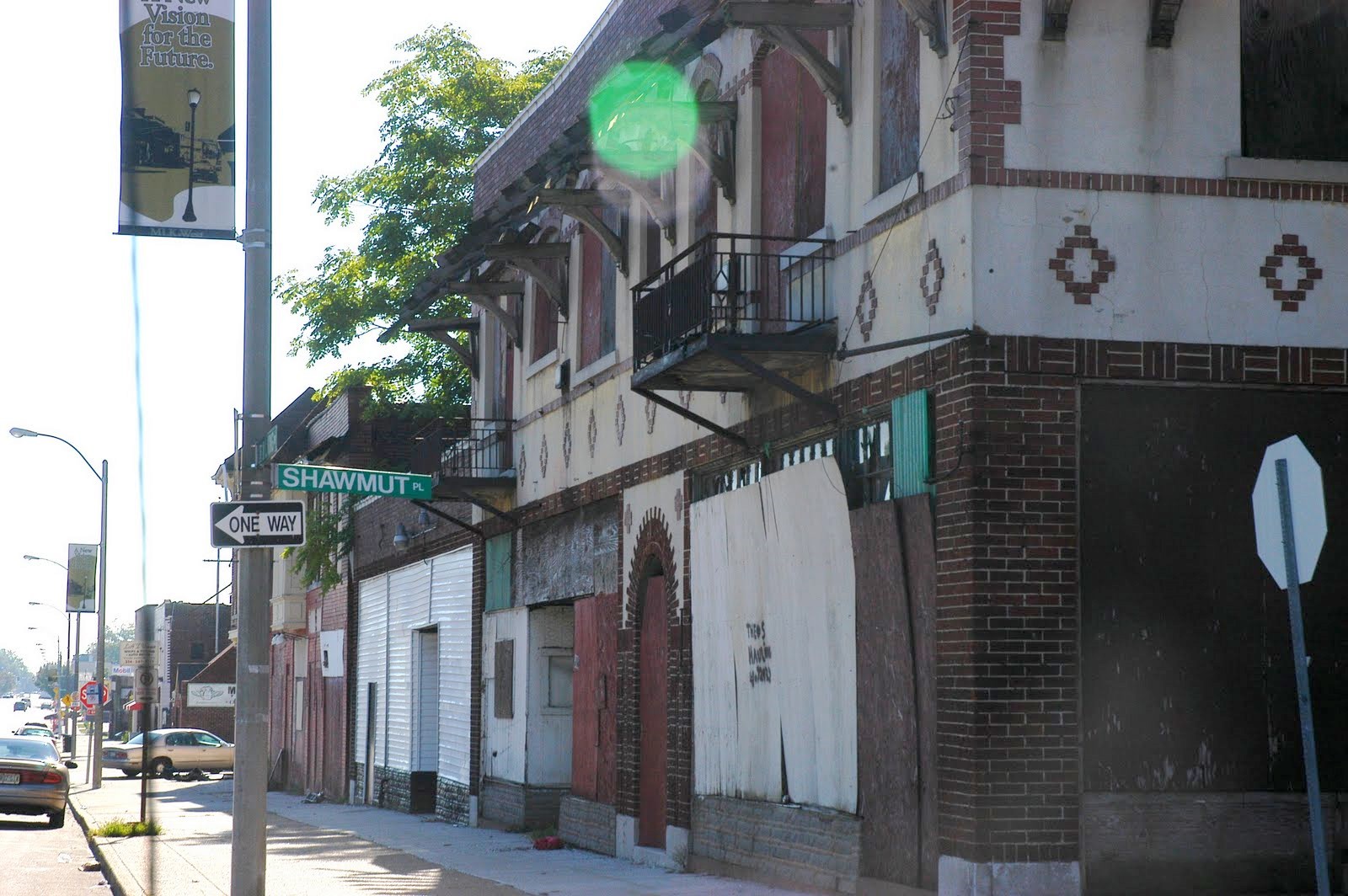 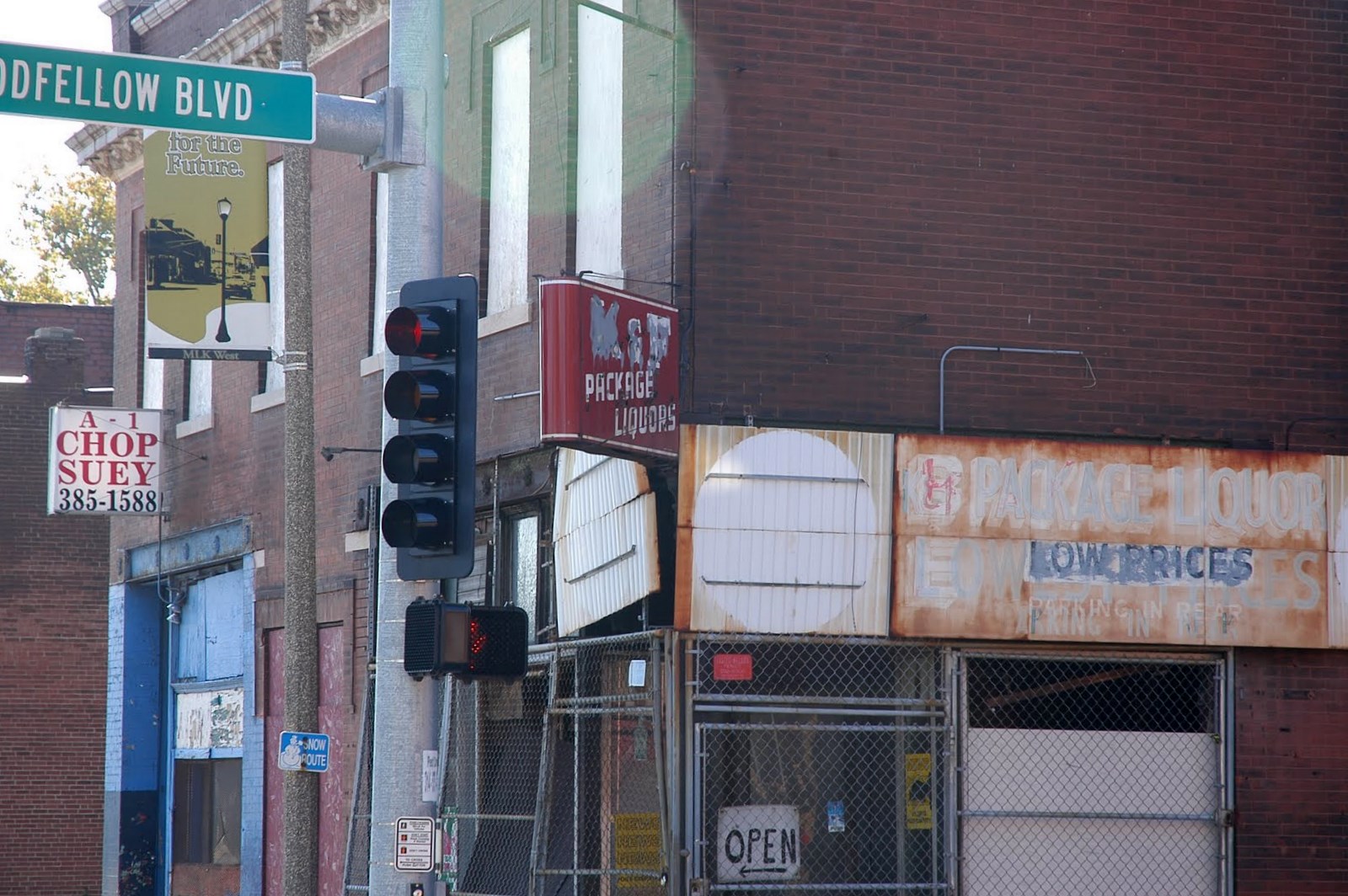